fruits of their labor 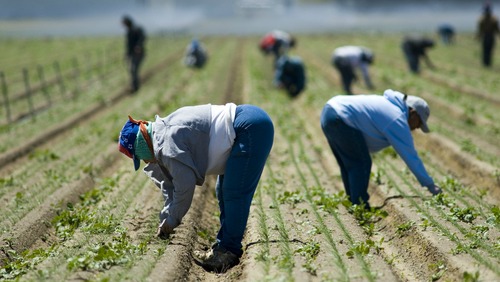 On Monday, Gov. Jerry Brown signed a law guaranteeing them the right to overtime pay. Unions, like the United Farm Workers, have been campaigning for years to give farmworkers the same labor protections as other workers.

However, it’s a big loss for the organic farmers who rely on manual labor rather than big machines and pesticides. They say the law will speed industrialization and accelerate the trend of importing organic food from other countries. Farmers of all kinds campaigned against the bill.

The law will make a splash nationwide: California supplies two-thirds of the country’s fruits and nuts, and one-third of its veggies.

Here’s more on the new law.

Nathanael Johnson
Did the oil industry help to discover a whole new fault line in Oklahoma?
Jill Stein tries to clarify her opinion of vaccines.