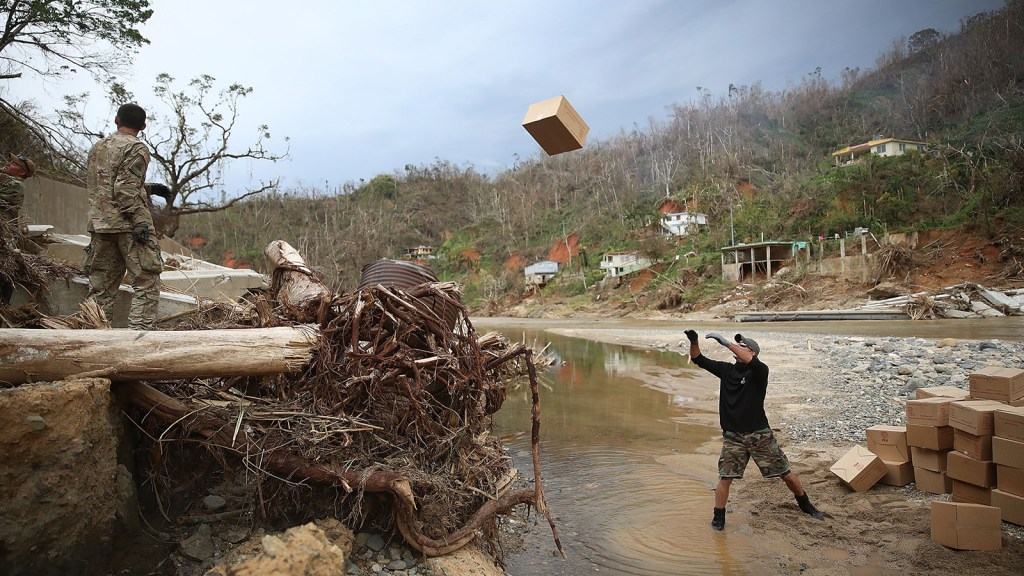 The emails detail talking points for convincing the public that the White House’s response to Puerto Rico was going well. Just one minor problem: It so wasn’t. Many Puerto Ricans have gone without power, clean water, and adequate food ever since Hurricane Maria hit last month.

Flavelle pointed out some highlights from the messages, which he received between Sept. 28 and Oct. 2.

When San Juan Mayor Carmen Yulín Cruz criticized the White House’s self-congratulatory statements about its Puerto Rico relief — which Cruz called a “people-are-dying story” — officials from the Defense Department and the Federal Emergency Management Agency were instructed to ignore Cruz and say that “the federal government’s full attention is on Hurricane Maria response.”

In response to news of these emails, Mayor Cruz wrote on Twitter:

Pentagon emails make it clear that US reponse to PR has been inadequate. https://t.co/Vi8Ea4CXF1

So much for the White House’s attempts to turn the corner on their PR problem. As Department of Defense staff admitted in a later email, the public perception of the government’s response “continues to be negative.” Sometimes, perception is reality.