5 Native American tribes are gearing up for a legal battle with Trump on national monuments. - Grist 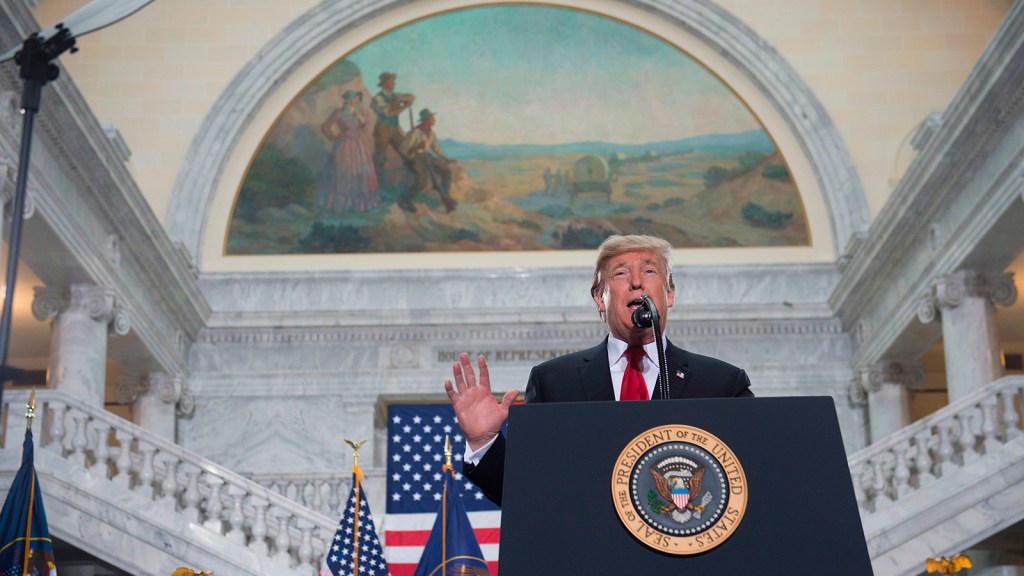 5 Native American tribes are gearing up for a legal battle with Trump on national monuments.

When President Obama designated Bears Ears a national monument last year, it was a huge victory for five Utah tribes — the Navajo Nation, Ute Mountain Ute Tribe, Ute Indian Tribe, Hopi, and the Pueblo of Zuni — who came together in 2015 to push for the preservation of what they estimate are 100,000 cultural and ancestral sites, some dating back to 1300 AD, in the region.

“More than 150 years ago, the federal government removed our ancestors from Bears Ears at gunpoint and sent them on the Long Walk,” Navajo Nation Council Delegate Davis Filfred said in statement. “But we came back.”

The Antiquities Act of 1906 gives the president authority to establish national monuments, largely to thwart looting of archaeological sites. Trump is the first president to shrink a monument in decades.

The five tribes have said they will bring a legal case against the administration — the outcome could redefine the president’s powers to use the Antiquities Act. “We know how to fight and we will fight to defend Bears Ears,” Filfred said.