Flint’s mayor, who promised to clean up its water problems, faces a recall election. - Grist 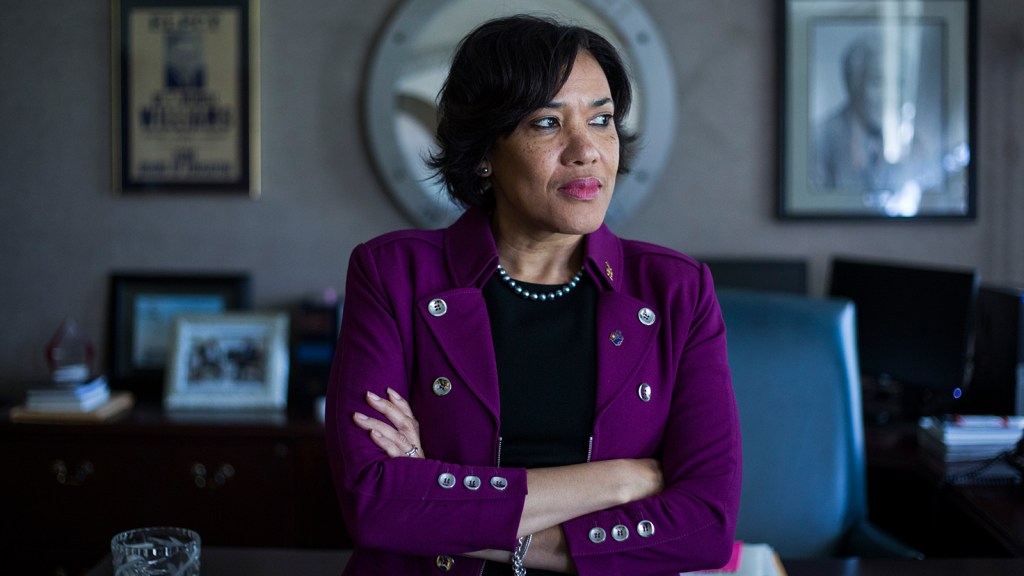 Flint’s mayor, who promised to clean up its water problems, faces a recall election.

Mayor Karen Weaver declared a state of emergency shortly after her election in 2015, demanding federal help to solve the water crisis.

Weaver, the first female Flint mayor, could be unseated halfway into her term. “You wait for a woman to come and clean things up, and then here you come and want to take it,” she told the New York Times. “I think we’ve played a bad hand very well.”

Between 2014 and 2015, contaminated water from the Flint River led to widespread lead poisoning. Twelve people died from an outbreak of Legionnaires’ disease. The NAACP and others declared environmental racism by city officials seeded the public health emergency — in a city that’s 57 percent African-American and where 41 percent of residents live in poverty.

The election’s biggest issue is the future source of Flint’s water. Weaver tried to sign a 30-year contract with the Great Lakes Water Authority just last week, but a federal judge denied the request.

While Weaver claims the recall vote is motivated by racism and sexism, Scott Kincaid, her main rival, who opposed her water deal, disputes her characterization. “It has to do with her inability to govern the City of Flint,” he told the Times.

Update: Weaver has won the right to remain in office for two more years after surviving the recall vote, capturing more than 50 percent of ballots, despite facing 17 challengers.

This post was updated to reflect that Weaver is not the first black mayor of Flint.

Justine Calma
Syria is joining the Paris Agreement, leaving the U.S. alone in rejecting it.
The U.S. plans to use killer mosquitoes to fight disease.