can't say for sure 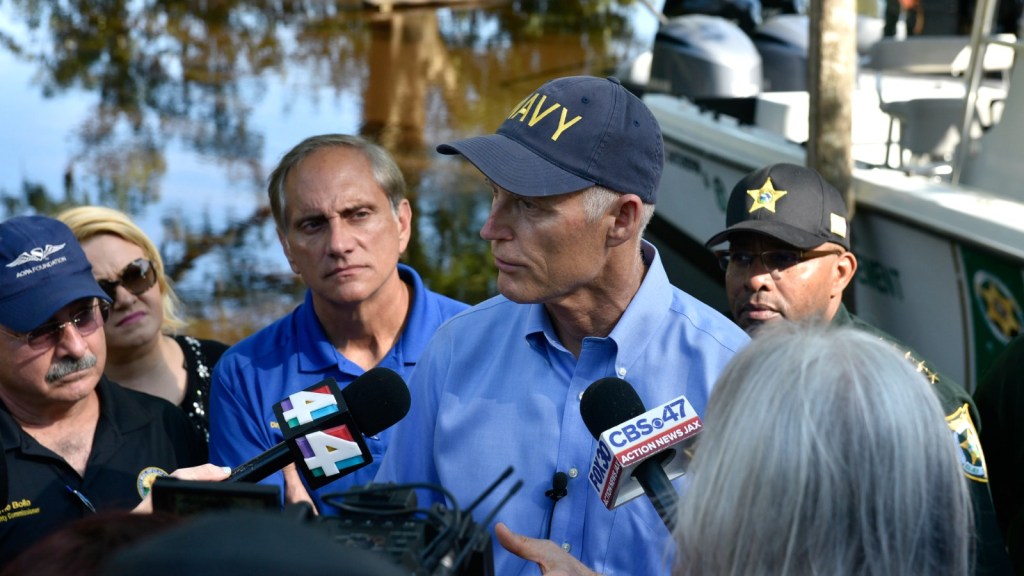 Florida Governor Rick Scott is figuring out his feelings on climate change post-hurricane.

“Clearly, our environment changes all the time,” the Republican leader said after touring Irma’s devastation. “And whether that’s cycles we’re going through or whether that’s man-made, I wouldn’t be able to tell you which one it is.”

It’s good to see Scott pondering those wacky ideas we’ve all heard floating around: Human-caused climate change, more intense hurricanes, rising sea levels, etc. Coming to terms with climate change is a journey we all must pursue at our own pace! It’s not urgent or anything.

So what is Scott feeling sure about? Let’s hear it:

“This is a catastrophic storm our state has never seen,” he warned on Saturday before Irma hit Florida.

“I’m worried about another hurricane,” he shared with reporters while touring the Florida Keys this week. We feel ya, Scott.

“[I]t’s certainly not irresponsible to highlight how this storm was probably fueled — in part — by conditions that were caused by human-induced climate change,” Florida congressman and Grist 50er Carlos Curbelo said this week.

Kate Yoder
Hurricane Jose may be headed toward New England.
ExxonMobil and Chevron are some of the most influential climate lobbyists. Yikes.