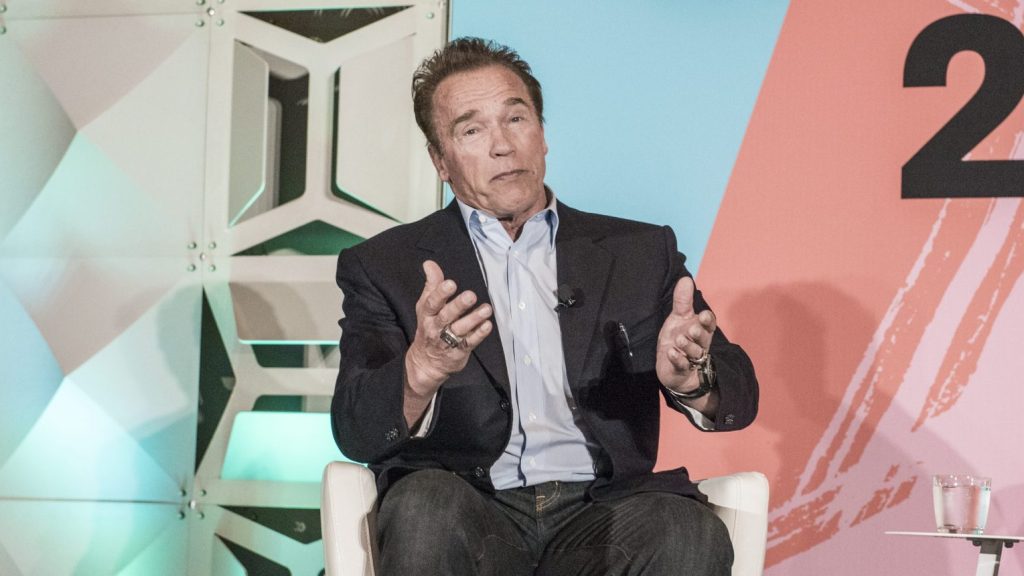 During an interview with Politico’s “Off Message” podcast at the South by Southwest festival, Arnold Schwarzenegger argued that fossil fuel companies made a perfect target for tobacco-style class action lawsuits, as pollution kills 7 million to 9 million people a year. “We’re talking to law firms to go and do exactly the same thing they did with the tobacco industry, ” he said. And though Schwarzenegger didn’t clarify the details, he assured the crowd that he planned to back up his words.

“We’re going to go after them, and we’re going to be in there like an Alabama tick,” Schwarzenegger promised (borrowing one of Jesse Ventura’s lines from Predator).

During his tenure as California governor, the Republican worked with a Democratic statehouse to pass California’s landmark climate legislation, while also driving around in Hummers retrofitted to run on hydrogen and biofuel. He said environmentalism had to be “sexy,” rather than abstemious and fingerwagging.

But he wants to do more than wag his finger at fossil fuel polluters: “If you walk into a room and you know you’re going to kill someone, it’s first degree murder; I think it’s the same thing with the oil companies.”

Nathanael Johnson
There’s a lot of confusion at the Department of the Interior, and it’s not just about doors.
Science gives first responders a leg up on catastrophes.