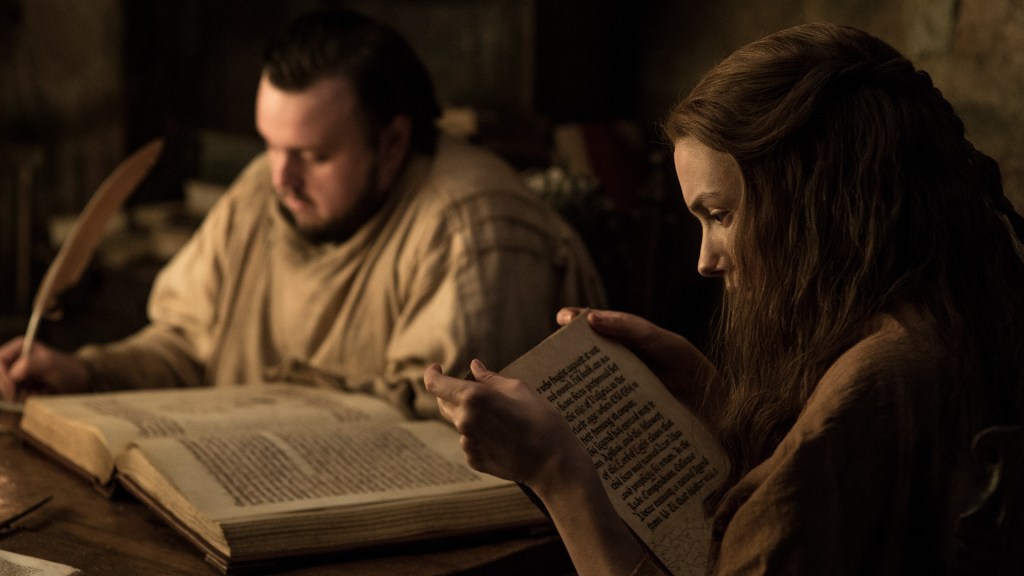 We at Grist have long maintained that the hit HBO series takes inspiration from a slowly unfolding real-world catastrophe. “Winter is coming,” warn our ostensible heroes, while everyone else is too busy fighting to sit on a chair to notice that ice zombies are marching to end humanity.

Last night, the series introduced a new character, an “archmaester” played by Jim Broadbent. Too smart and informed to be an outright skeptic, the archmaester instead takes a position akin to a smug “lukewarmer” — a breed of climate contrarian who accepts that increased CO2 emissions are warming the planet, but doesn’t think humanity should do much about it.

“Every winter that ever came has ended,” Broadbent tells Sam, the series’ closest thing to a climate scientist. The archmaester ticks off a series of feared apocalypses that have failed to end the world — “Little Ice Age,” anyone? — assuring Sam the same will be the case this time.

But Sam, who has seen the white walkers himself, refuses to accept inaction and opts for more study, searching for solutions he can then convey to a true leader who will take action. (That’s Jon Snow.) In our real world, who will accept that raven?

Scott Dodd
Rising seas could force a large-scale retreat from U.S. shores within decades.
Trump may have just pulled the ol’ bait-and-switch on France’s president.