Gary Johnson has an out-of-this-world plan to save us from climate change. - Grist 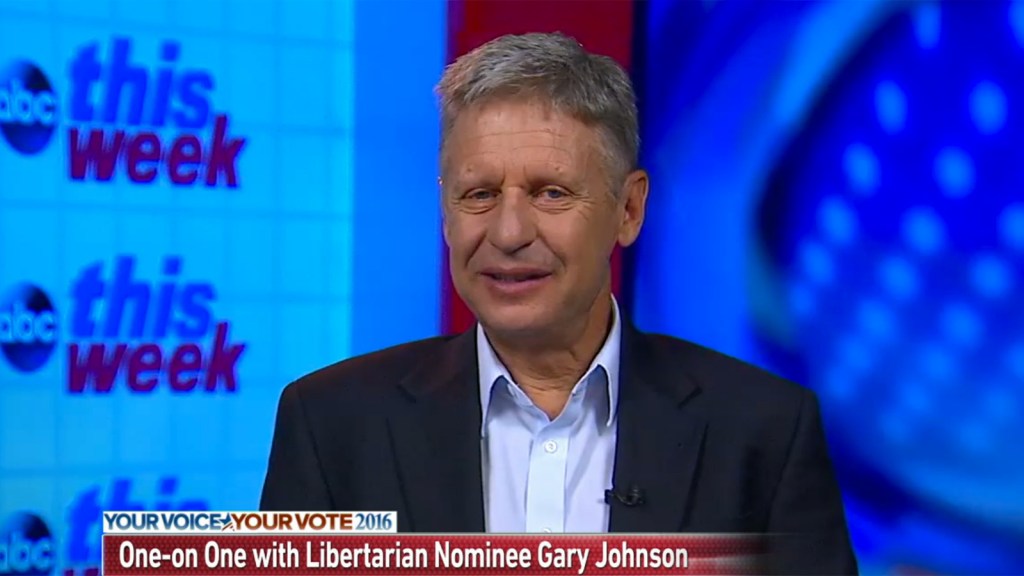 Gary Johnson has an out-of-this-world plan to save us from climate change.

The Libertarian Party presidential candidate thinks we humans should move to another planet.

After footage surfaced last week of a 2011 interview in which Johnson said that the sun is going to destroy the Earth eventually anyway, Johnson went on ABC’s This Week to clarify his position. He doesn’t want to ignore climate change, Johnson told host George Stephanopoulos — he just wants us to relocate.

“We do have to inhabit other planets,” Johnson said when asked about his 2011 comments. “The future of the human race is space exploration.”

That might not be much solace to those of us living on planet Earth right now. Still, unlike other Libertarians who would disband the EPA just as fast as they would the IRS, Johnson is actually in favor of some environmental regulations.

“We should be prudent with the environment,” Johnson told Stephanopoulos. “We care about the environment. Look, clean air, clean water — I think the EPA exists to protect us against individuals, groups, corporations that would do us harm. Pollution is harm.”

Climate change is also harm, but rather than support any actions that would actually address it, Johnson appears to have his head in the clouds.

Katie Herzog
What’s that German word for waiting for a debate question on your issue, only to be crushed every time?
India will jump on the bandwagon for global climate action.