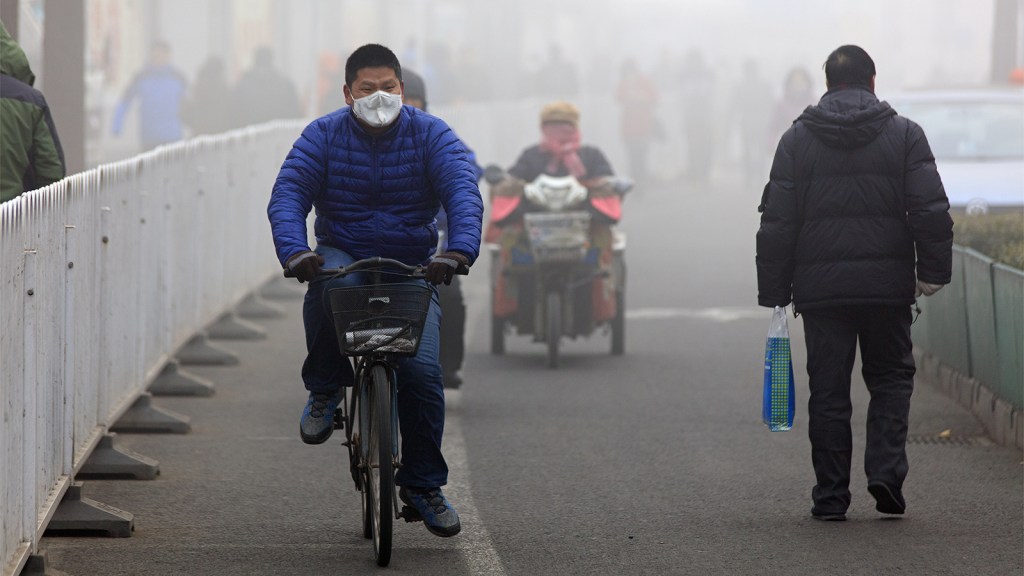 A new study in the journal Nature investigated what triggers the nearly 3.5 million annual deaths worldwide stemming from airborne particulate matter. It attributed more than 750,000 of them to goods being made in one part of the world and consumed in another.

The grim statistics center on Asia, home of cheap exports and lax environmental protections. Nearly 500,000 people succumb to smog-related illness each year on the continent, including more than 200,000 in China and more than 100,000 in India. The incidence of heart disease, lung cancer, and stroke are ratcheted up by breathing filthy air.

The main culprits behind this tragic phenomenon are buyers in the West. The study links consumption in Western Europe to almost 175,000 yearly deaths abroad and consumption in the U.S. to more than 100,000.

“It’s not a local issue anymore,” says study coauthor Dabo Guan, a professor of climate change economics at the University of East Anglia.

Asian health could benefit if the Trump administration is successful in reviving American manufacturing. Some of that health burden could shift to the U.S., which has higher air-quality standards that should result in fewer smog-related fatalities. Then again, if Trump has his way with environmental rules, all bets are off.