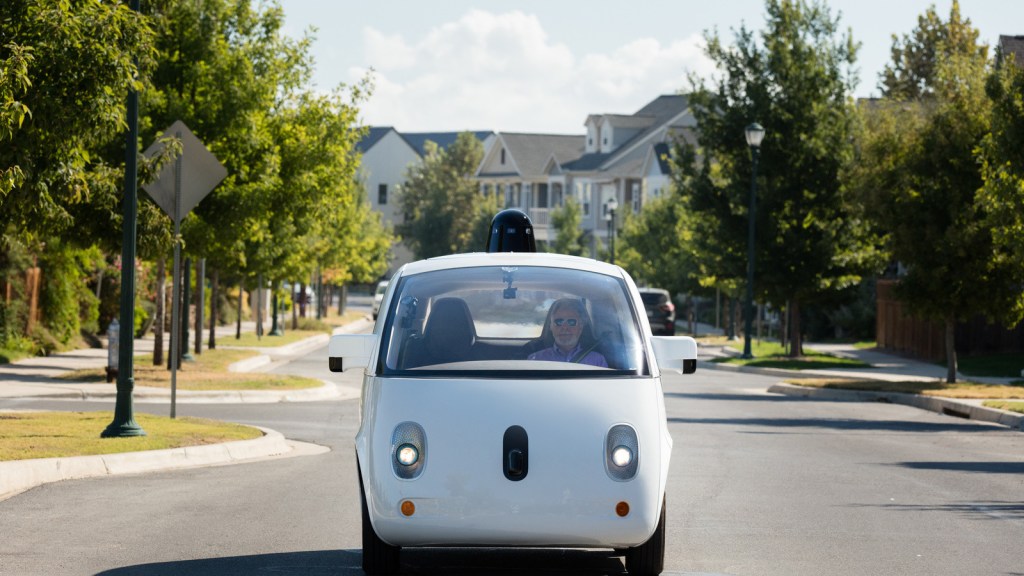 That name stands for “a new way forward in mobility,” not “we’re making way mo’ cars that will drive themselves around while your grandparents make out inside.”

Anyone viewing this heartwarming brand identity video, though, can see that the latter is clearly part of the mission objective.

The video also features a first: Steve Mahan, a legally blind man, rides around a residential neighborhood in Austin, Texas, in a Google car with no pedals or steering wheel — the first member of the public to make such a trip alone on public roads. That trip was taken in October 2015, a year before Otto, Uber’s self-driving truck company, made its historic autonomous beer delivery in Colorado.

Like Otto, Waymo plans to license its self-driving technology to automakers and trucking companies, rather than try to manufacture the cute cars featured in the promo video. Its first licensing deal is for 100 Fiat Chrysler minivans, but they’ll be for testing only and won’t be sold to the public.

On Tuesday, Waymo Chief Executive John Krafcik declined to speculate on how quickly self-driving cars will spread, but said, “we are close to bringing this to a lot of people.”

Heather Smith
Surprise! Trump wants a coal booster and climate change denier to head the Interior Department.
Hey Trump, check this out: 78 percent of voters think climate pollution should be regulated and/or taxed.