Guess who was 'personally involved' in removing climate change from the EPA website? - Grist 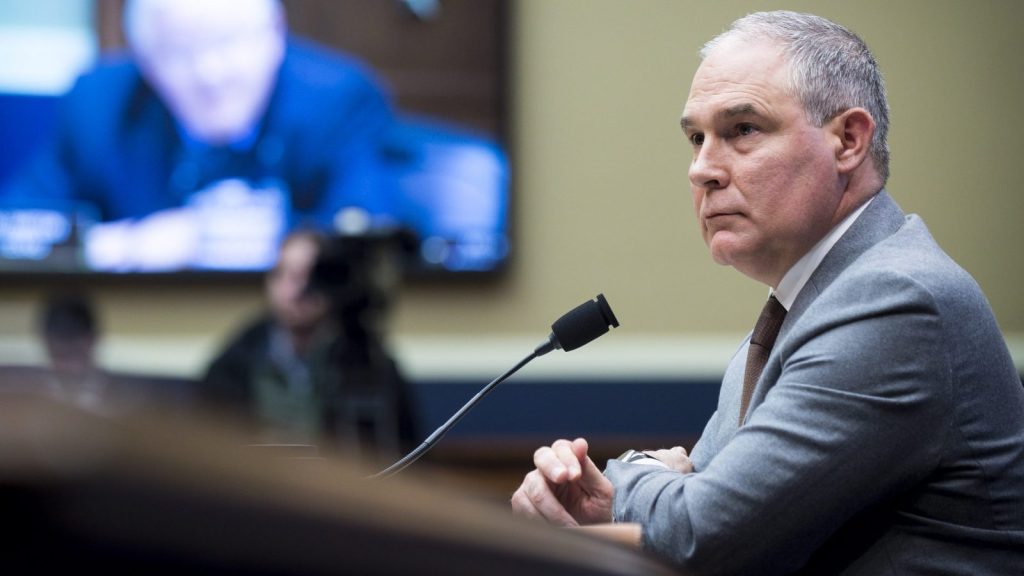 Guess who was ‘personally involved’ in removing climate change from the EPA website?

Scott Pruitt, the Environmental Protection Agency’s greatest critic and its administrator, personally urged employees to remove information about climate change from the agency’s site, as emails obtained by the Environmental Defense Fund show. Many of the formerly climate change-referencing sections were replaced with President Trump’s executive order to roll back the Clean Power Plan.

“The Administrator would like it to go up ASAP,” Lincoln Ferguson, one of Pruitt’s advisers, wrote in an April email to the EPA communications head at the time. Ferguson requested they make the changes that same day: “Just asking because he is asking.”

After the exchange, the EPA took down several webpages on climate change to “reflect the agency’s new direction under President Donald Trump and Administrator Scott Pruitt.” Though the agency made archives from the old website available, some sections that disappeared for “updates” still await updates … nine months later.

It appears that Pruitt’s top-notch security measures — which involve a soundproof phone booth and 24/7 armed security detail— may have met their match: the Freedom of Information Act.