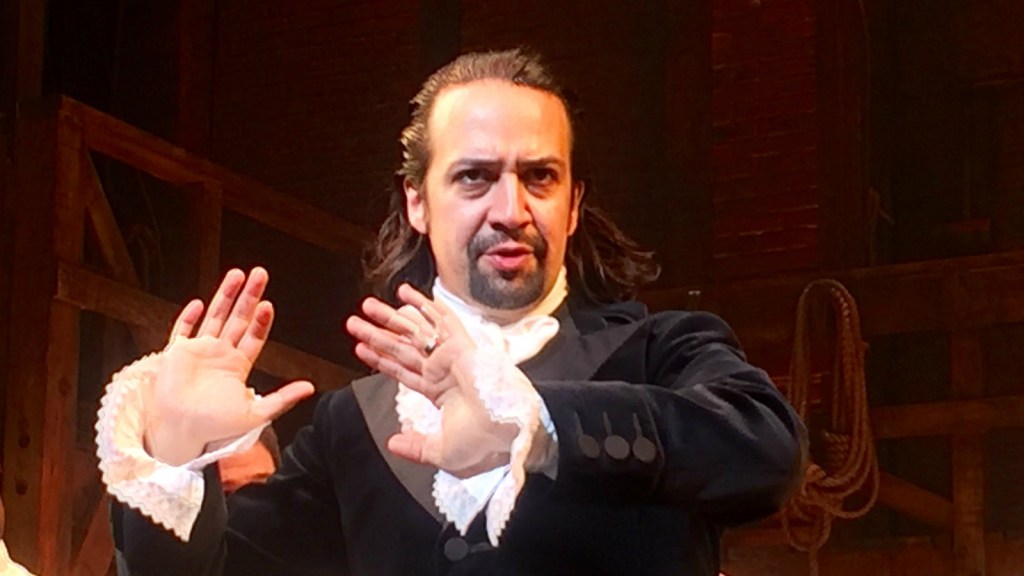 Hamilton’s Lin-Manuel Miranda made a Spotify playlist about climate change.

The composer/playwright is relatively new to the music streaming service, joining at the end of January to share a mix of uplifting and empowering songs in protest of President Trump’s immigrant travel ban. Mother Jones called it his “fight-the-power playlist.”

This morning, Miranda announced his latest compilation via Twitter:

I made you a new mix!
It's called Climb It, Change Is Real.
Theme is self-evident.
This one bangs: https://t.co/pmoyXFEbFo

Appropriately, it kicks off with R.E.M.’s classic “It’s the End of the World as We Know It (And I Feel Fine),” followed up by Nelly’s “Hot In Herre,” and features tracks by OutKast, Wyclef Jean, Radiohead, and Death Cab for Cutie. It even includes Michael Jackson’s “Earth Song.” We’ll have it on shuffle all day at Grist’s New York-area branch office.

Miranda’s effort to spotlight climate change has some fans hoping he’ll do more than just a modern-day mixtape. “Someday @Lin_Manuel will write a musical about science,” tweeted NASA climate scientist Kate Marvel, “and then everyone will believe us.” What do you say, Lin-Manuel? Grist would be happy to collaborate! We don’t want you to miss your shot.