Harvey dealt Houston catastrophic flooding, and it’s not over yet. - Grist 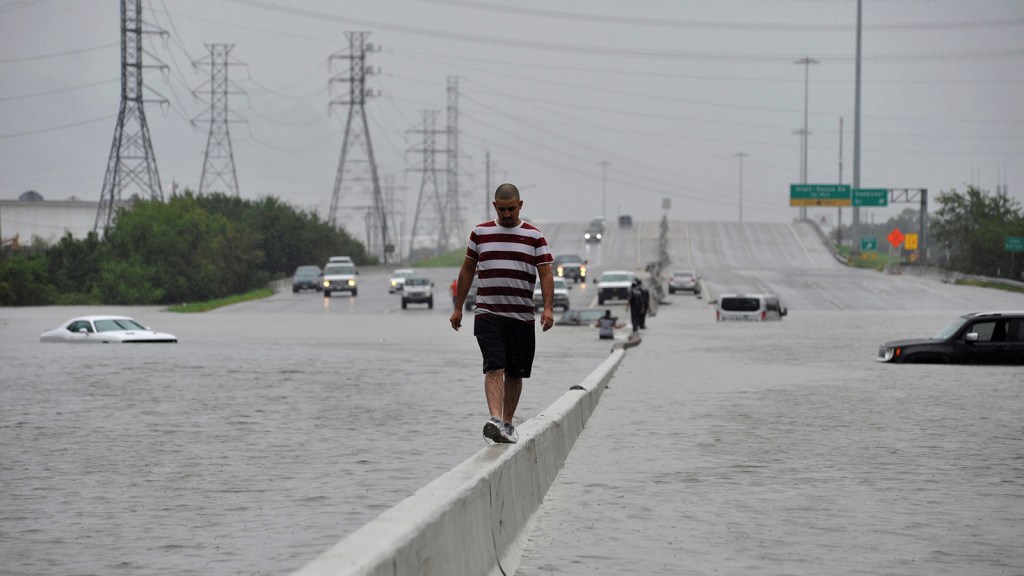 Harvey dealt Houston catastrophic flooding, and it’s not over yet.

There are rooftop helicopter rescues, countless cars swept away, and scenes of unfathomable devastation. The city advised people climbing into their attics for safety to make their way onto the roof instead, preferably with a white bedsheet so they can be more easily found.

During the peak of the flooding on Saturday night, the National Weather Service in Houston issued an apocalyptically worded “Flash Flood Emergency for Life-Threatening Catastrophic Flooding.” That kind of warning wasn’t a thing before Harvey, which just adds emphasis to the unique risk this storm poses.

The event is so rare that even the NWS is unsure of what will happen next. In a chilling follow-up tweet on Sunday, the NWS said “this event is unprecedented & all impacts are unknown & beyond anything experienced.”

The tweet includes a forecast map of nearly two feet of additional rainfall expected for Houston before Harvey clears out — doubling the totals that the city received overnight. That would bring the storm total to around 50 inches in the hardest hit areas, more than double Houston’s all-time heaviest rainfall record. Precipitation levels would be close to the theoretical maximum for any hurricane-related rainfall event anywhere in the United States.

If you have family or friends in the Houston area, urge them to do whatever it takes to stay safe. This is going to get worse before it gets better.