Harvey knocked out the water supply for thousands in Beaumont, Texas. - Grist

nor any drop to drink 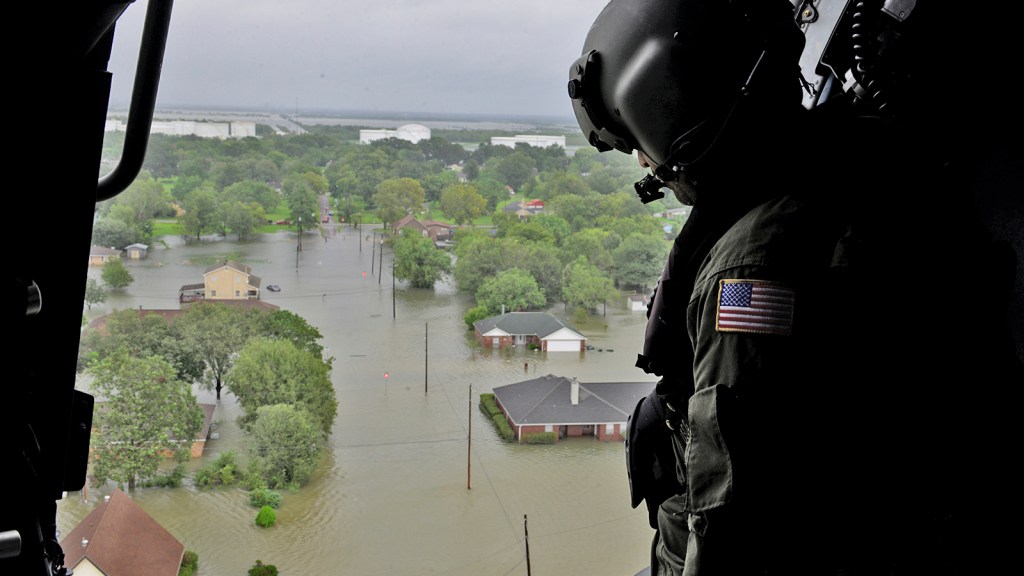 Harvey knocked out the water supply for thousands in Beaumont, Texas.

The storm made a second landfall Tuesday, pouring 26 inches on the oil town 100 miles east of Houston. Floods inundated its roadways, leaving many of its 118,000 residents stranded.

To make things worse, now Beaumont doesn’t even have running water. Floodwaters damaged the city’s pumps, knocking out its primary and backup water sources early Thursday morning. Local authorities say the water supply is out indefinitely, since they have to wait until the flood recedes to inspect the pumps.

The lack of water forced the shutdown of a large hospital, which also suspended its emergency services, NPR reports. And Beaumont residents lined up outside stores overnight, waiting to buy water and supplies. Nearly 200 people were in line outside the local Walmart on Thursday morning, according to the Huffington Post.

Some area stores reported water deliveries were coming from Houston, but major roadways between the two cities were impassable as of Thursday morning. FEMA Director Brock Long called Beaumont’s situation “dire” and said the military plans to deliver water to the city’s residents.

Kate Yoder
A little early for pumpkin spice, isn’t it?
Trump’s Harvey aid donation is a drop in the bucket compared to the storm’s real price tag.