Have the Koch brothers jumped the shark? - Grist

O Brothers, where art thou? 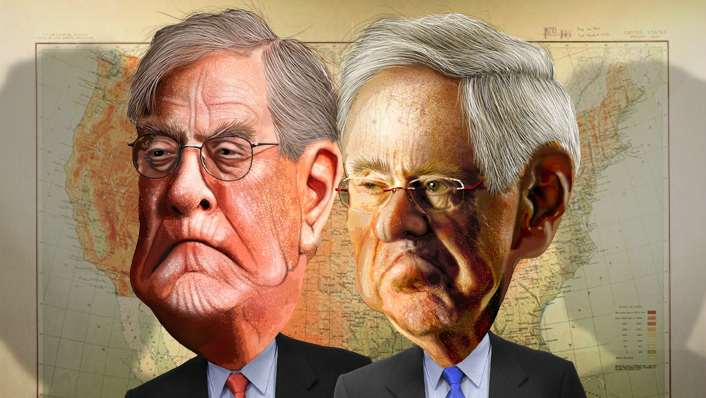 Have the Koch brothers jumped the shark?

Or are they just holed up, binging on Netflix, and waiting for this whole Trump thing to be over?

Politico interviewed several Koch insiders about how the duo’s political operation, which once seemed to rival the Republican Party, is now in retreat, having lost some big-money donors like Sheldon Adelson. In mid-September, a top Koch official told some 200 employees that the network was scaling back its efforts to make America into a libertarian utopia, because it didn’t seem to be actually working.

Apparently the Tea Party, which sprang from an ocean of Koch money, proved difficult to control once created. “We were not able to educate many in the tea party more about how the process works and how free markets work,” a Koch donor told Politico. “Seeing this movement that we were part of creating going off in a direction that’s anti-free-market, anti-trade and anti-immigrant — many of us are really saddened by that.”

The Koch family fortune depends on weak environmental regulations and generous tax breaks, so it’s hard to imagine that the brothers will retreat from political life for long. But these current struggles are a heartwarming reminder that sometimes you really can’t buy the politics you want.