Here are some of the best public comments on Trump's national monument executive order. - Grist

we read them so you don't have to 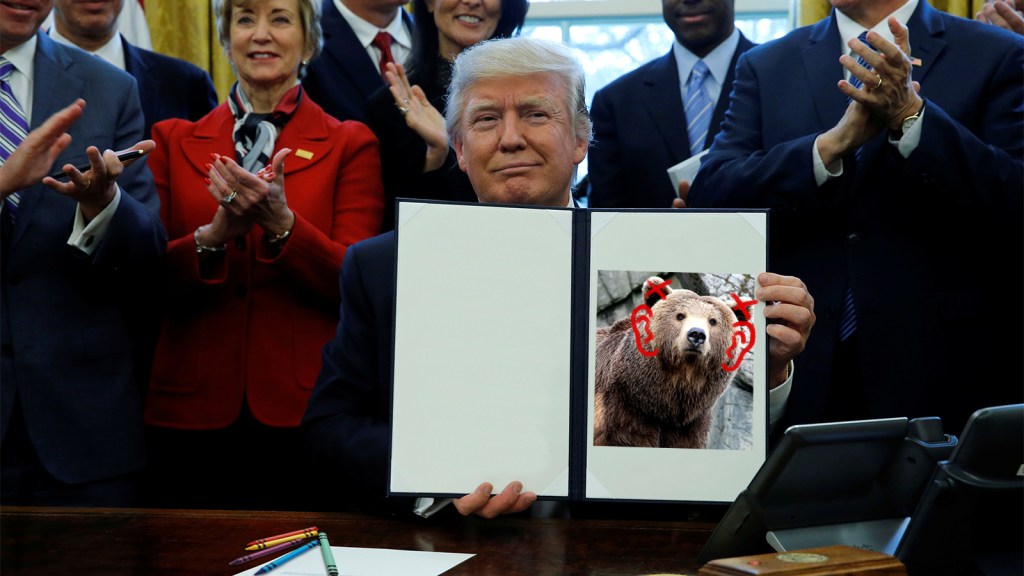 Here are some of the best public comments on Trump’s national monument executive order.

In an April 26 directive, President Trump called for a review of 27 national monuments created after 1996, claiming there should be more public input on monument designations.

Public lands experts suggested the order was a ploy to open new turf for energy exploration. They said monuments receive plenty of public comment, both from specialists and average Joes.

The experts appear to be right.

Ahead of a June 10 deadline for the Interior Department’s review of Utah’s Bears Ears — among the newest national monuments, and a particularly contentious one — the department received a flood of nearly 150,000 opinions. The great majority implore the administration to leave Bears Ears and the other monuments be.

Poring over 150,000 missives is a definite tl;dr situation — so we pulled some highlights.

“This monument holds immense meaning for the indigenous peoples in the area and to destroy it would continue the erasure of indigenous beliefs and further the genocide of indigenous cultures,” wrote one commenter.

But it wasn’t all adulations for our “national treasures.”

One comment labeled the designation of Bears Ears an “unjust and unfair federal land grab” — a sentiment echoed by the oil and gas industry. “Undo everything Obama did !!!!!!!!!!!!!!!!!!!!” read another.

The following commenter’s use of caps lock was not at all unique among the responses: “THESE LANDS ARE REAL AND PROVIDE AN REAL CHANCE TO EXPERIENCE SPIRITUAL CONNECTION AND PHYSICAL WONDER. WITHOUT THESE PLACES WE’LL ALL TRAPPED IN OUR IDEOLOGIES AND LIFE BECOMES HELL.”

“Must we destroy everything?” asked one person, while another chided Trump and Interior Secretary Ryan Zinke to “show some respect for your goddamn country you monkeys.”

And one sly commenter sought to end the discussion on monuments before it began, appealing to Zinke’s unwavering adulation for a former president: “Teddy Roosevelt had the right idea!”

Emma Foehringer Merchant
Comey? More like … coal-me!!!
Cities and states may be able to officially join the Paris Agreement after all.