Here are the most baffling things Trump said on his visit to Puerto Rico. - Grist 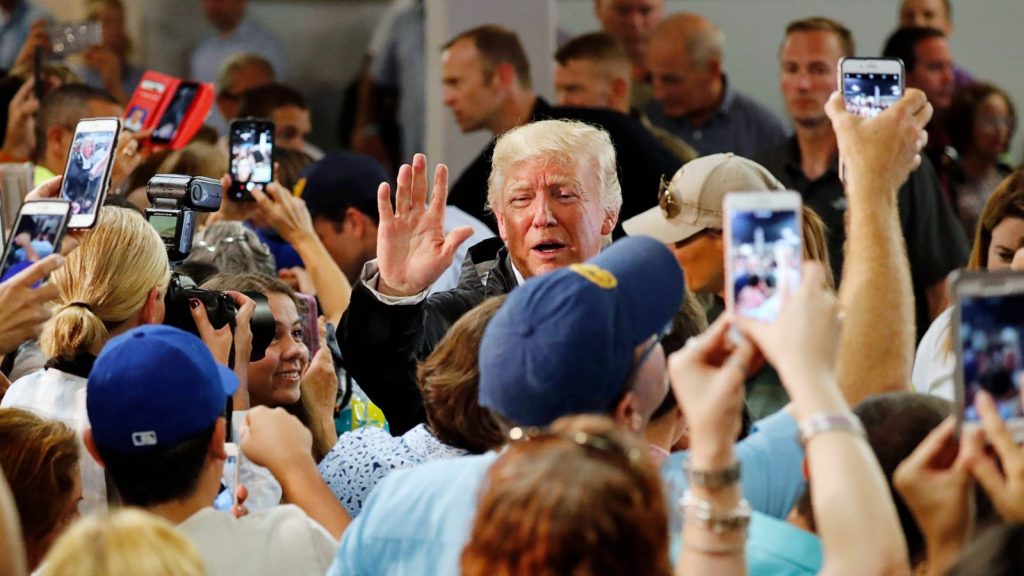 Here are the most baffling things Trump said on his visit to Puerto Rico.

President Trump visited the U.S. territory on Tuesday, two weeks after Hurricane Maria devastated the island. Half of Puerto Ricans lack clean water and 95 percent are without power.

So, how did the president approach the unfolding humanitarian crisis? Let’s hear it:

Trump said that Hurricane Maria wasn’t a “real catastrophe” like Hurricane Katrina at a briefing with local officials. He compared the certified death count of the disasters as evidence: “You can be very proud, only 16 instead of thousands in Katrina.” To point out a few problems: The official death toll in Puerto Rico is underreported, it will likely continue to climb, and maybe we shouldn’t frame death tolls as something to be proud of.

“I hate to tell you, Puerto Rico, but you’ve thrown our budget out of whack,” Trump said at the briefing — apparently joking about the disaster aid pending in Congress.

“Have a good time,” Trump told a family after they showed him their storm-damaged home.

The president went mostly off-script from the White House’s Puerto Rico media coverage plan, but he did take the opportunity to tout the success of the relief effort. “Everybody watching can really be very proud of what’s been taking place in Puerto Rico,” he said.

We can only hope he’s not talking about his own performance.