Houston was built for cars. What happens when Harvey destroys 250,000 vehicles? - Grist 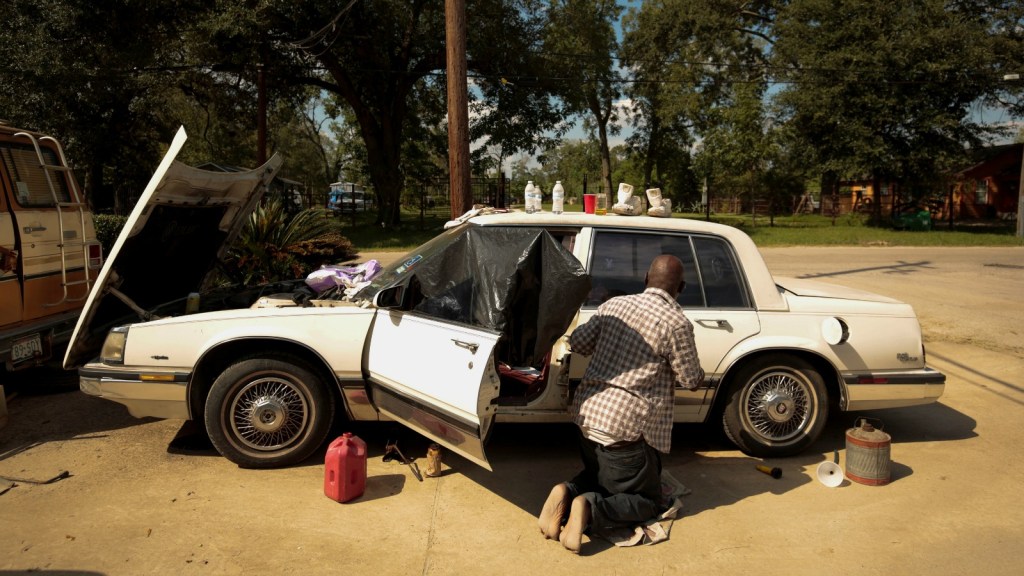 Houston was built for cars. What happens when Harvey destroys 250,000 vehicles?

Three weeks after Hurricane Harvey hit Texas with the worst rainfall event in U.S. history, many low-income residents are still stuck at home, unable to afford a replacement vehicle and get back to work.

More than 90,000 of the 250,000 damaged cars were either uninsured or not covered by flood protections, according to estimates from the Insurance Council of Texas.

For folks living paycheck to paycheck — who may have also lost furniture, clothes, and rental housing in addition to vehicles — earning the money needed to replace those losses presents a challenge.

Prior to the hurricane, 94.4 percent of households in the Houston area owned cars, making it second only to Dallas in vehicle ownership. While people in the city center can commute by bus or bike, it’s much harder for residents in the city’s sprawling suburbs, living far from bus lines, to get into town without their own wheels.