How to escape traffic hell? Seattle has an idea. - Grist 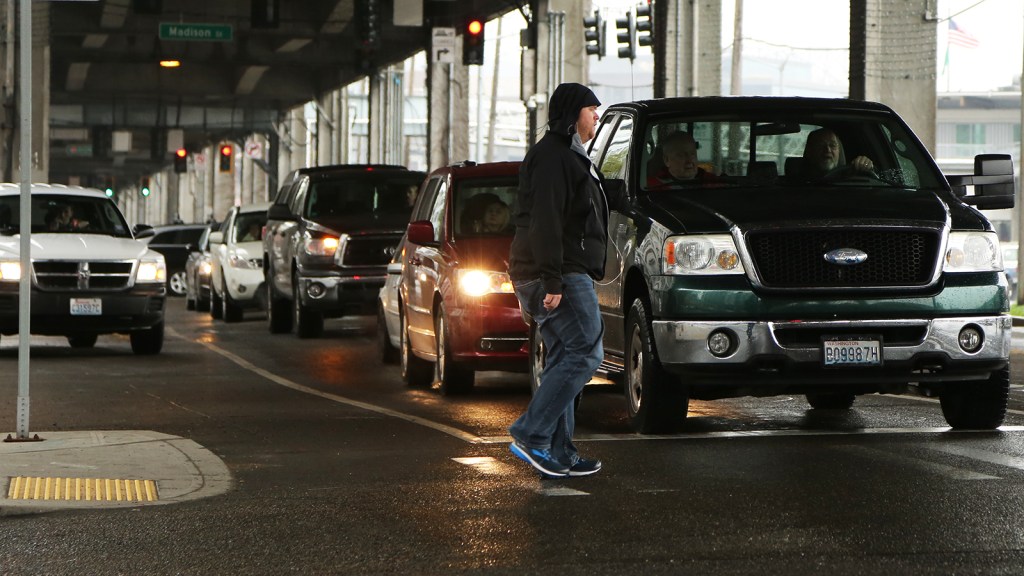 How to escape traffic hell? Seattle has an idea.

It’s called congestion pricing, what many economists consider a two-for-one solution for bad traffic and air pollution. The idea is simple: Put a price on busy roads, and charge more when they’re busiest. It’d nudge people to walk, bike, bus, or wait, and money from the tolls could fund transit and assist low-income commuters.

Perhaps you’ve heard that New York took a swing at congestion pricing this year, with a plan to fund subway repairs by charging drivers $11.52 to use the roads in Manhattan. Lawmakers eventually tabled that plan last week, settling for a fee on taxis and Ubers.

Maybe Seattle will be the first? This week, Mayor Jenny Durkan announced plans to bring congestion pricing to the Emerald City. And hoo-boy does Seattle need help: The city’s traffic is the 20th worst in the world, according to a 2017 scorecard by the traffic research group INRIX. Durkan’s office estimates that the new plan could cut Seattle’s emissions by as much as 8 percent and help pay for mass transit.

Others have already pulled it off. London, Singapore, and Stockholm have congestion pricing programs that have slimmed down traffic. Stockholm’s scheme also led to a big drop in the city’s air pollution and childhood asthma rates.

Jesse Nichols
The Department of Interior is a hostile place to work if you’re Native American.
Shell predicted it would get sued over climate change back in ’98.