Humans have been exploiting the world for so long that there's a museum about it. - Grist

But Is It Art 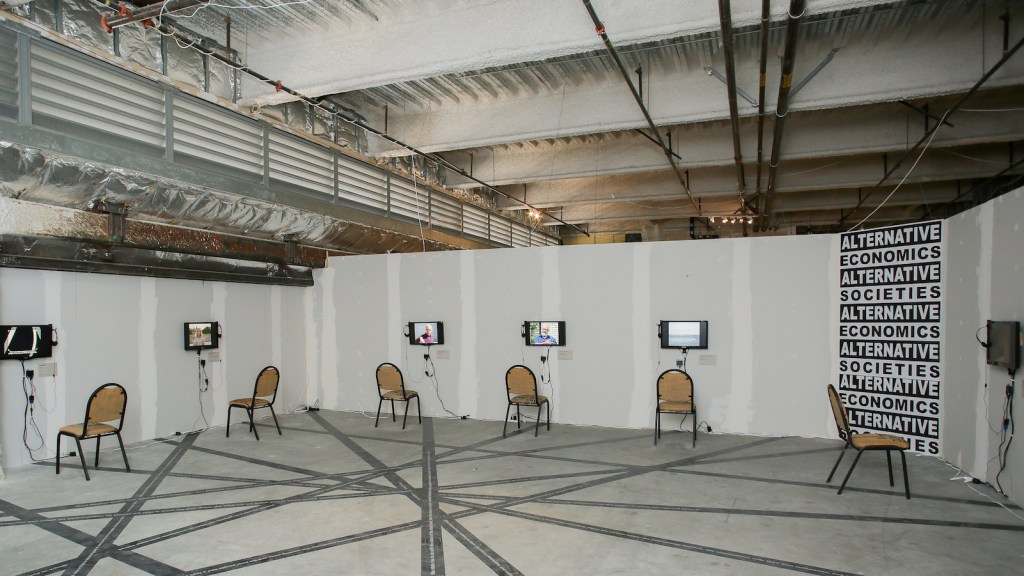 Humans have been exploiting the world for so long that there’s a museum about it.

The new Museum of Capitalism in Oakland, California, explores “the ideology, history, and legacy of capitalism.” Surprise! One of the most detrimental legacies of capitalism is … climate change.

Bear with us (and the museum’s curators): The fossil fuel production that drives climate change is due to global (read: American) desire for profit and growth.

The museum — funded largely through a grant from the Emily Hall Tremaine Foundation — exhibits several works examining how humans despoil the environment in our quest for more things. Some are simple, like a bright blue baseball cap emblazoned with “COAL = JOBS” in white, akin to the ubiquitous MAGA accessory.

“American Domain,” an exhibit curated by Erin Elder (below), explores the ways in which land in the U.S. has been “continually staked and claimed.” Photographs of the Mexican-American border hang alongside images of drilling equipment, suggesting inconsistency in the United States’ attitude toward borders when it comes to fossil fuel access versus immigration.

In another section of the museum, a video by Kota Takeuchi shows a worker undertaking cleanup of the Fukushima disaster. The worker slowly points at the audience through the camera lens, a designation of blame lasting over 20 minutes.

It’s a succinct gesture that gets to the point of the whole museum: We’re all complicit.

Emma Foehringer Merchant
A top scientist ‘felt bullied’ to downplay facts by EPA chief of staff.
A Czech nuclear plant staged a bikini contest to hire its next intern.