one hundred days of fortitude 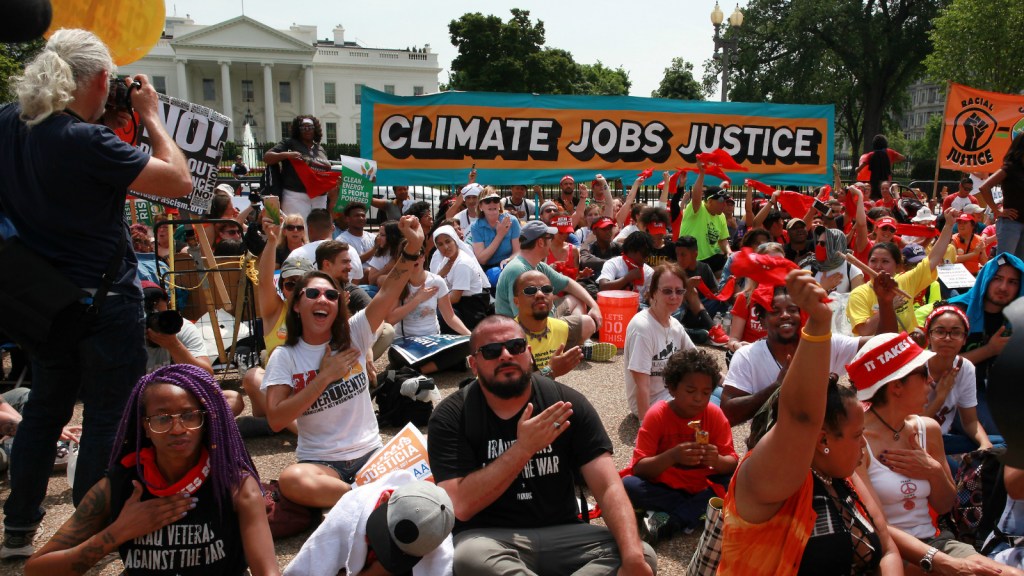 According to the organizers’ count, more than 200,000 people hit the streets with calls to fight climate change and oppose the Trump’s administration’s climate denial. Sister marches were held around the country and the world.

“This isn’t about just animals, it’s about people — our cultures, our way of life. Black people, Latinos, Indigenous people, queer people — we are the new face of the climate movement,” said Genesis Abreu of WE ACT For Environmental Justice.

Bernie Sanders and Hillary Clinton tweeted in support of the march. President Trump, meanwhile, tweeted that he was looking forward to a “Big crowd, big energy!” for his 100th-day rally in Pennsylvania. On Friday, Trump’s 99th day in office, the EPA scrubbed climate change from its website.

Here are more photos of the march in D.C.:

Grist staff
There’s a blood feud between a vegan strip club and a steak house. Guess where?
Meet the fixer: This councilwoman keeps Boise booming.