Hurricane Irma wiped out half of Florida’s citrus crop. - Grist 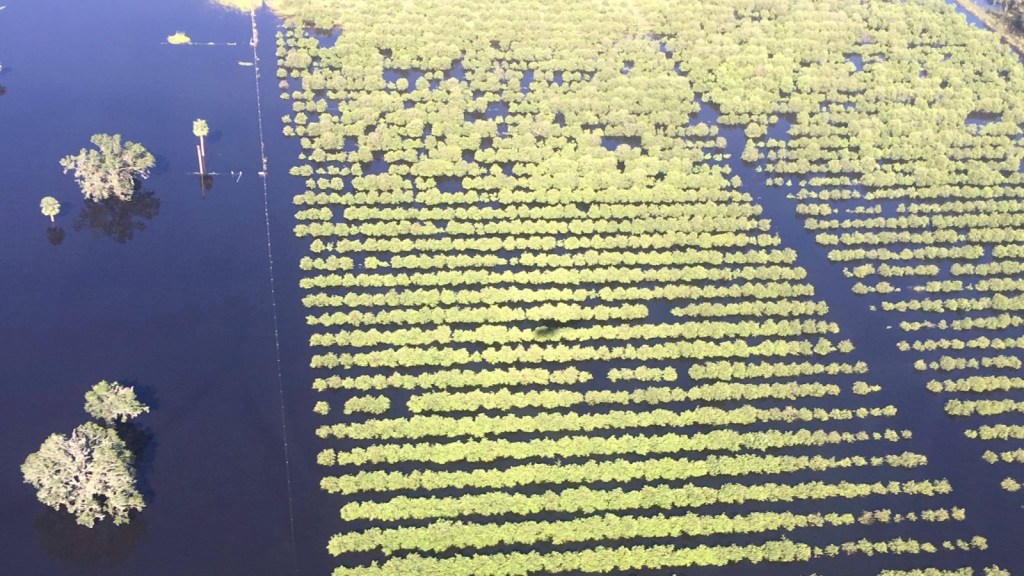 Florida Commissioner of Agriculture/Handout via REUTERS

Hurricane Irma wiped out half of Florida’s citrus crop.

The Sunshine State expected to harvest 75 million boxes of oranges this year. That number is looking decidedly slimmer after Irma knocked fruit off trees, flooded fields and groves, and broke irrigation pipes.

The hurricane took out an estimated 50 percent of the season’s citrus crop statewide, USA Today reports. Based on reports from the field, losses may be even higher in South Florida.

And yes, that’s likely to hike up the price of your orange juice. Florida produces nearly half of U.S. citrus, despite recent declines in productivity. Since 2005, the state’s citrus harvest has fallen by 70 percent partly due to citrus greening, a disease that cuts yields and makes fruit more bitter.

The hurricane also damaged other crops in the southern and central parts of the state, especially tomatoes and strawberries.

Though Florida’s agricultural outlook is not pretty, things are even worse in the Caribbean. Irma stripped entire islands bare of vegetation and posed a serious threat to food security. The storm flooded fields and destroyed crops in places like Haiti and Cuba, where many people are subsistence farmers.

Kate Yoder
Hookworms are back! Is America great again or what?
Hurricane Jose may be headed toward New England.