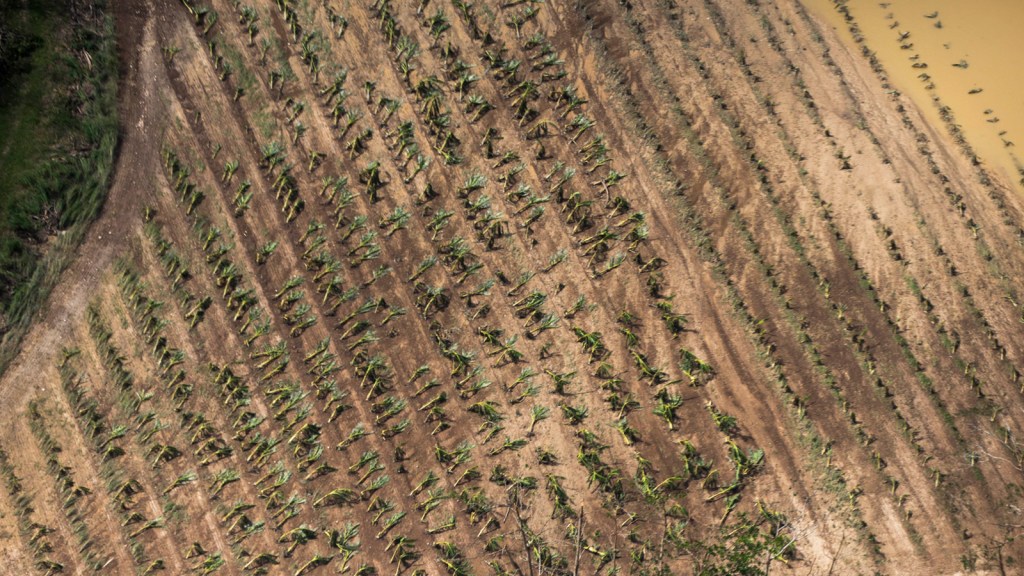 “There will be no food in Puerto Rico,” Rivera, told the Times. “There is no more agriculture in Puerto Rico. And there won’t be any for a year or longer.”

Food prices will surely rise on the island, although the loss of crops will not necessarily mean people will starve. Puerto Rico imports about 85 percent of its food. Even so, the storm damaged the infrastructure used to distribute imported food, like ports, roads, and stores.

On CNN, Puerto Rico Governor Ricardo Rosselló pleaded for aid from Congress. “We need to prevent a humanitarian crisis occurring in America,” he said. FEMA and the Coast Guard are working in the territory.

Flores, the agriculture secretary, appeared to be looking for a silver lining. This may be a chance to rebuild the island’s agriculture so that it is more efficient and sustainable, he told the Times.

As climate change accelerates, we can expect the rate of disasters like this to accelerate as well.