Hurricane Matthew may be over, but the waters haven't receded yet in parts of North Carolina. - Grist

There will be flood 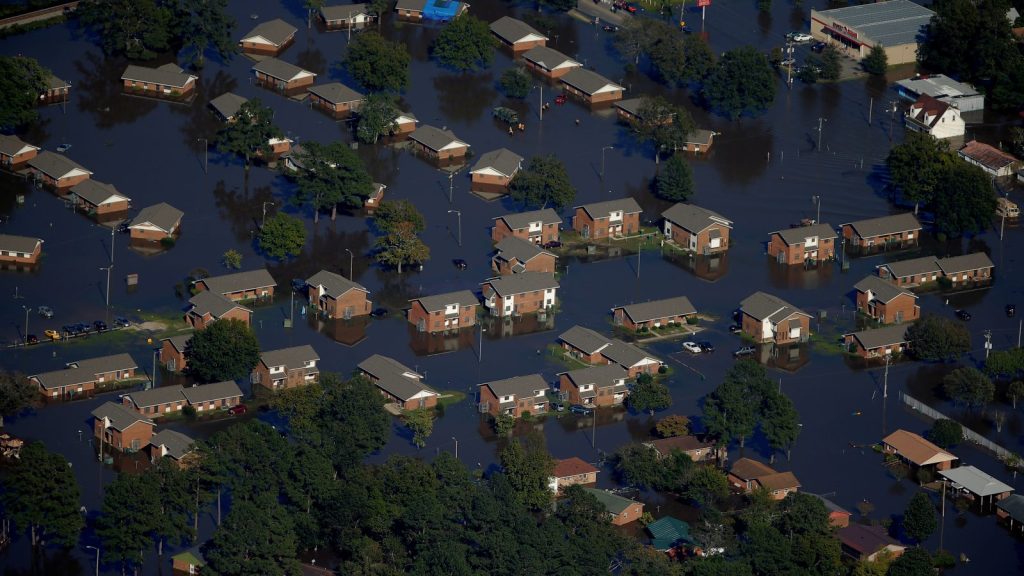 Hurricane Matthew may be over, but the waters haven’t receded yet in parts of North Carolina.

About 2,000 water and helicopter rescues have been made in hurricane-hit areas of the state, and more than a thousand people still need rescuing. Sixty miles of flooded Interstate 95 were closed on Monday.

Lumberton, a small city about 70 miles inland, has been hit especially hard. Hundreds of residents fled their homes early Monday as water from the storm flooded in. Flooding is expected to continue into next week.

North Carolina’s death toll from Matthew has now reached 14, more than half of the estimated 26 deaths the storm caused in the U.S. And one more death has been linked to the hurricane: North Carolina Gov. Pat McCrory announced Tuesday morning that a Lumberton man was shot and killed by a highway patrol officer Monday night. “First responders were coming through with a Humvee trying to rescue people, and all we know is there was a confrontation and a shooting that has resulted in a man’s death,” McCrory said. He did not disclose the victim’s race or other details. Investigations are ongoing, though hampered by the floodwaters.

Research suggests that major hurricanes could become rarer as climate change warms the Atlantic, but that the ones that do form will become even stronger.