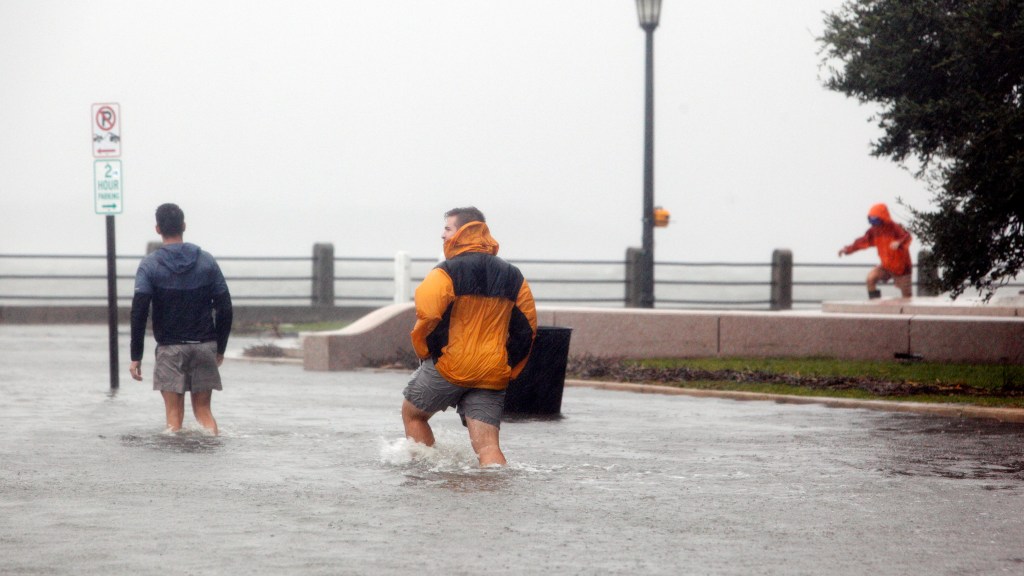 Downgraded to a Category 1 hurricane, Matthew made landfall and has already flooded most of downtown Charleston, leaving upwards of 433,000 without electricity, Reuters reports. Although the United States has escaped the worst-possible outcome, Matthew is still making a terrible mark.

The floods have inundated Charleston, which sits on a low-lying peninsula and suffered catastrophic rainfall last October. The state’s barrier islands were all evacuated and are now covered in water.

Although Florida avoided a direct hit, the state has reported at least five deaths. Nearly 1.6 million households and businesses are without power in the Southeast. Matthew’s landfall could cost anywhere from $4 billion to $6 billion in insured property losses, according to the firm CoreLogic. These damages pale in comparison to Superstorm Sandy’s $20 billion and Katrina’s $40 billion — and these are just the insured losses.

But Matthew’s crippling effects on the Caribbean will be felt for years to come, leaving thousands homeless and a preliminary death toll of 877 that will likely increase as cleanup begins.

Matthew is now set to make its way up the East Coast, where authorities remain vigilant against catastrophic flooding. As North Carolina Gov. Pat McCrory warned residents: “Water can kill.”

Sabrina Imbler
For the first time in years, the cost of electricity at home has gone down.
Tonight’s debate shouldn’t ignore Hurricane Matthew.