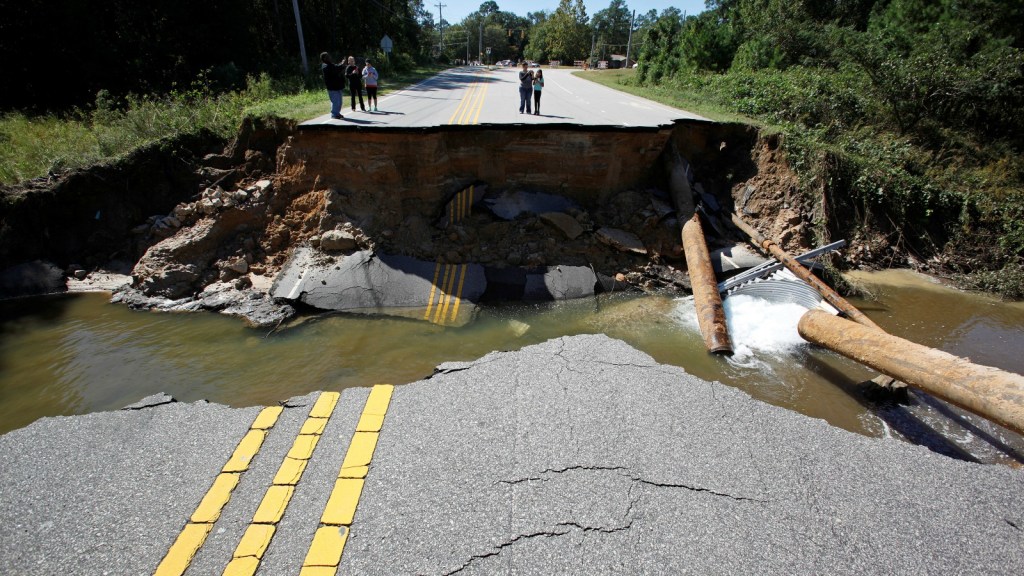 A levee breach last night in North Carolina stranded as many as 1,500 people, the Charlotte Observer reports. Most of the stranded were evacuated, but 10 have died and another five are missing, bringing the death toll in the United States to 21.

Although Matthew has been downgraded to an offshore, post-tropical cyclone, the danger of flood rapids remains life-threatening. The Lumber, Tar, and Neuse rivers all report record-breaking water levels unseen since 1999’s Hurricane Floyd. Experts say more records are likely to fall as Matthew’s aftermath continues to submerge the state.

South Carolinians can now return and assess the damage in Charleston, but the people of Haiti face far worse. With a death toll topping 1,000 people, the battered nation has already begun to bury its dead in mass graves while facing a surge of cholera in the southwest and insufficient water, food, and medication.