Hurricanes have made Caribbeans the world’s latest climate refugees. - Grist

it's all your fault 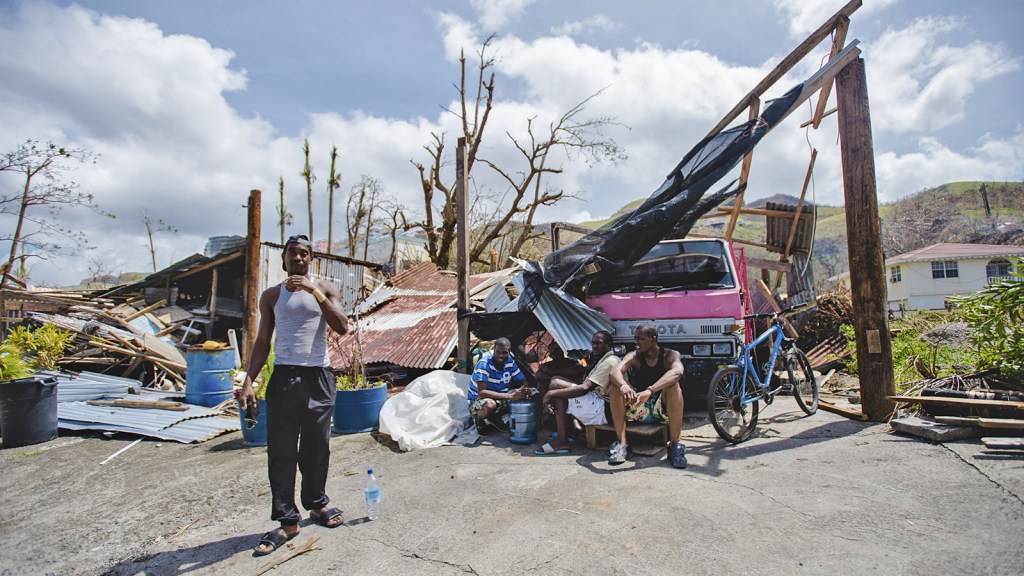 Hurricanes have made Caribbeans the world’s latest climate refugees.

And officials from the islands haven’t held back in reminding the industrialized world who’s at fault here. (Hint: not island people.)

Over the weekend, Dominica Prime Minister Roosevelt Skerrit was unapologetic as he spoke to the United Nations General Assembly. Hurricane Maria lashed his island before going on to destroy Puerto Rico. The Category 5 storm killed at least 15 residents of Dominica last week.

“While the big countries talk, the small island nations suffer,” said Skerrit. “We need action, and we need it now.”

It’s no secret that the developing world, especially island nations, will bear the brunt of climate change impacts — even though these places have contributed the least to global warming. And Caribbean leaders used their platform in New York City this past weekend to hammer this point home.

The country of Antigua and Barbuda is struggling to rebuild following landfalls by Hurricanes Irma and Maria. Prime Minister Gaston Browne eventually made his way to the U.N. with sobering news: “For the first time in 300 years, there is no permanent resident of Barbuda.”

In case you hadn’t realized it yet, this is what climate change looks like.

Yessenia Funes
News shows ignore the humanitarian crisis in Puerto Rico.
A volcano in Bali could erupt at any minute. More than 75,000 people have evacuated.