If nuclear war doesn't get us, runaway climate change will. - Grist 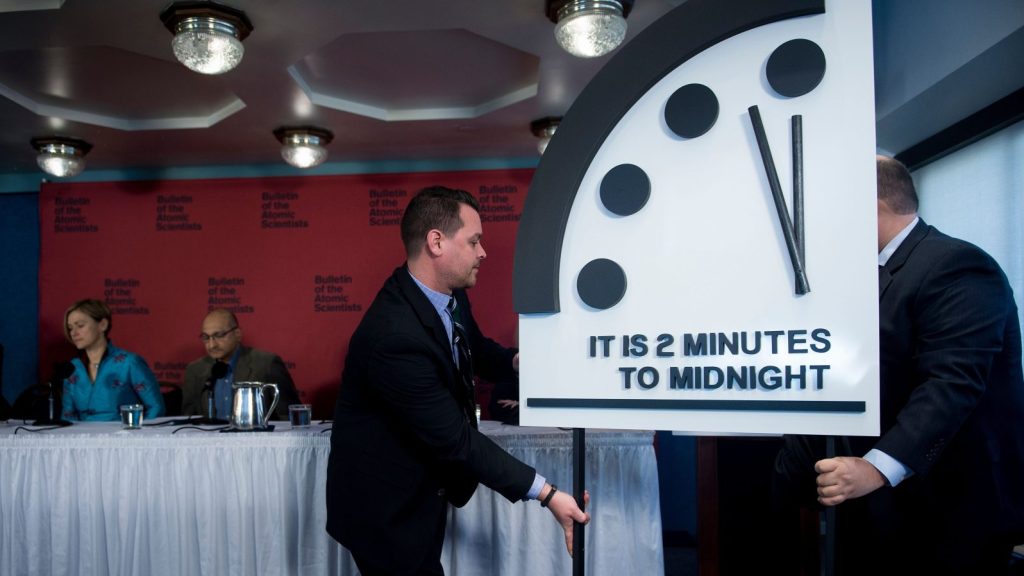 If nuclear war doesn’t get us, runaway climate change will.

The Doomsday Clock is a theoretical device meant to communicate how close we are to destroying civilization. It just moved 30 seconds closer to midnight — that is, The End — which hasn’t happened since 1953.

The Clock is “operated” by The Bulletin of Atomic Scientists, a respected academic journal that informs the public about significant threats to the survival of humankind. On Thursday, the Bulletin released its 2018 Doomsday Clock statement.

The primary reason that the clock is now set at two minutes to midnight is the threat of nuclear war. But climate change has plenty to do with how close humanity has come to destroying ourselves, for the following reasons in the Bulletin’s statement:

“The nations of the world will have to significantly decrease their greenhouse gas emissions to keep climate risks manageable, and so far, the global response has fallen far short of meeting this challenge,” the authors of the statement wrote.