Imagine Al Gore and Donald Trump chatting on the phone about the Paris Agreement. - Grist

Ooh, You Called Me Up Again Tonight 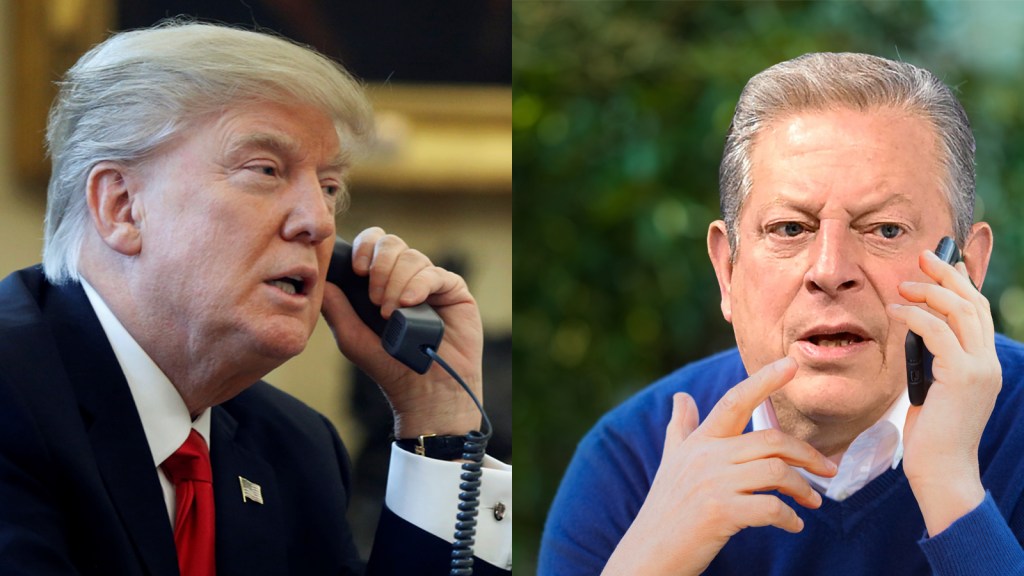 Imagine Al Gore and Donald Trump chatting on the phone about the Paris Agreement.

That allegedly happened, according to Axios. A “source close to the vice president” disclosed that Gore and Trump talked so that the former could make “the case for why the U.S. should stay in the agreement and meet our commitments.”

Gore has also met with Ivanka Trump to discuss her father’s climate policy — or rather, the lack thereof.

Throw Our Pal Al on the rapidly growing list of corporations, techbros, governments, and Condoleezzas who are urging the Trump administration to uphold the Paris Agreement.