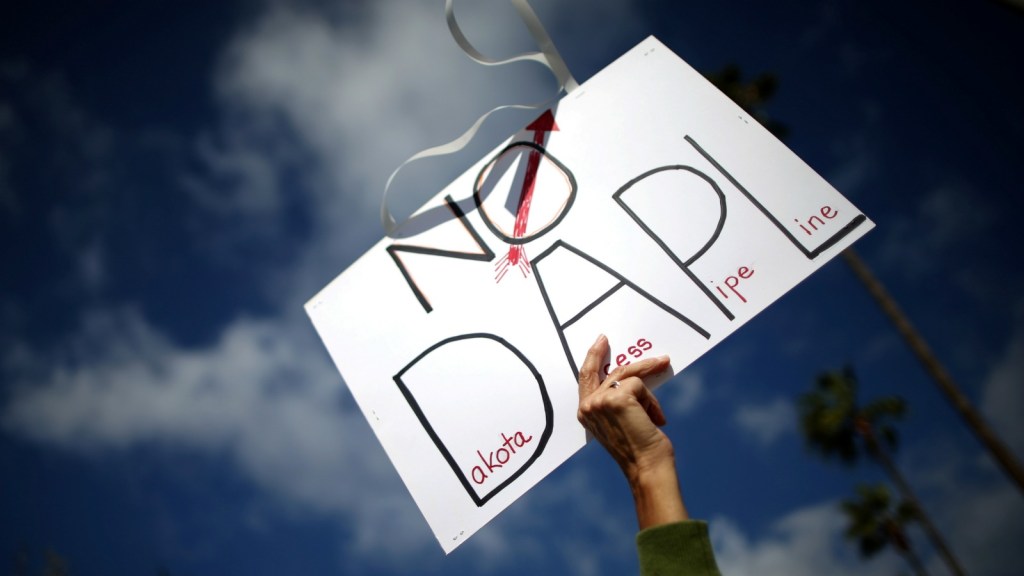 In a win for Standing Rock, Seattle just moved to dump Wells Fargo.

A Seattle City Council committee voted 8-0 to divest from the bank, which currently manages $3 billion of the city’s money and is a major funder of the controversial Dakota Access Pipeline. Hundreds of demonstrators swarmed outside City Hall before the Wednesday morning hearing and erupted in cheers upon learning the outcome.

The bill, which will go to a vote by the full council on Monday, calls for Seattle to find a more socially responsible bank and prohibits the city from investing in Wells Fargo over the next three years. Wells Fargo holds $120 million in a $2.5 billion credit agreement directly financing the construction of the pipeline. If the bill passes, Seattle will be the first major city to divest over Dakota Access.

On Tuesday, the acting secretary of the Army told two members of Congress that he has ordered approval of a final easement necessary to complete construction of the pipeline.

Sabrina Imbler
Billionaire climate activist Tom Steyer wants to supercharge the resistance.
Innovation, not scarcity, could bring us peak oil as soon as 2020.