In his farewell address, Obama called on Americans to face the facts about climate change. - Grist 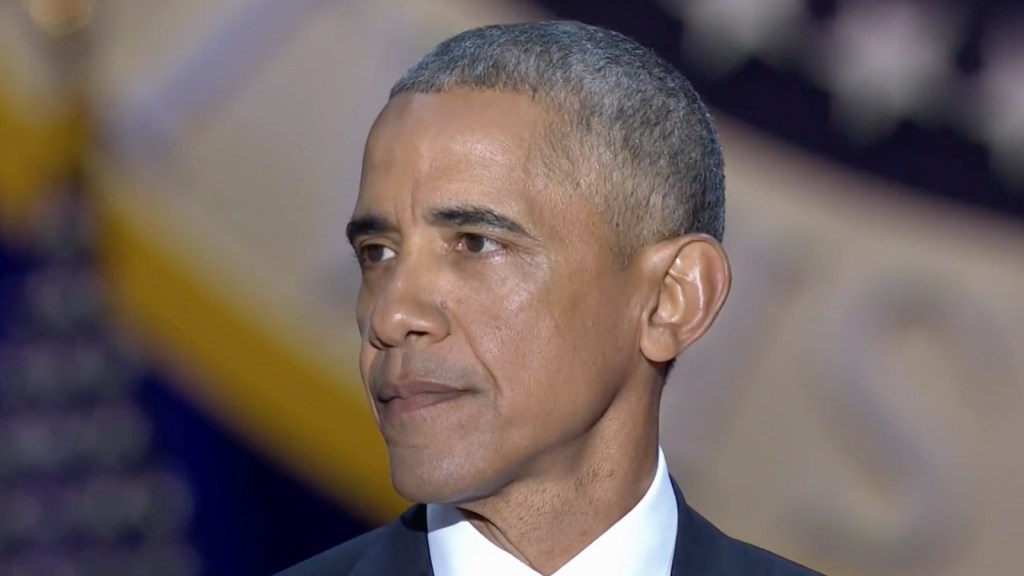 In his farewell address, Obama called on Americans to face the facts about climate change.

Here’s what he had to say on the topic:

[W]ithout some common baseline of facts; without a willingness to admit new information, and concede that your opponent is making a fair point, and that science and reason matter, we’ll keep talking past each other, making common ground and compromise impossible. …

Take the challenge of climate change. In just eight years, we’ve halved our dependence on foreign oil, doubled our renewable energy, and led the world to an agreement that has the promise to save this planet. But without bolder action, our children won’t have time to debate the existence of climate change; they’ll be busy dealing with its effects: environmental disasters, economic disruptions, and waves of climate refugees seeking sanctuary.

Now, we can and should argue about the best approach to the problem. But to simply deny the problem not only betrays future generations; it betrays the essential spirit of innovation and practical problem-solving that guided our Founders.

Ultimately, Obama’s speech was heavy on his trademark optimism, arguing that we can solve our big problems. He ended with a rousing, “Yes We Can. Yes We Did. Yes We Can.”

Now it’s up to Americans to carry the ball forward.

Obama in a nutshell: this is on you now. #FarewellObama