manhattan on the rocks 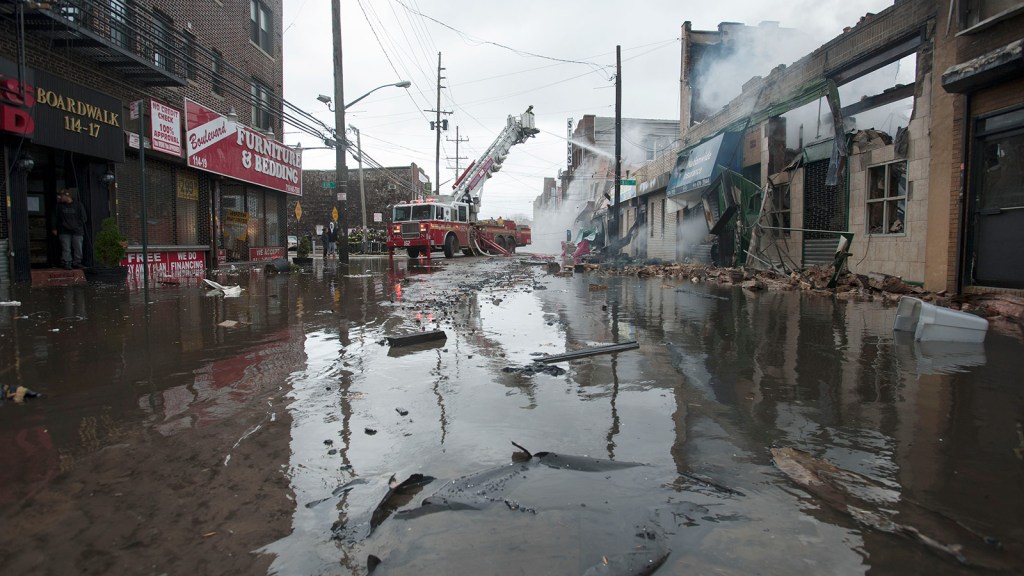 In New York City, rising seas could cause Sandy-like floods every five years.

Superstorm Sandy was 1,000 miles wide, the largest hurricane ever recorded in the Atlantic, and produced the worst flood in New York City history when it hit five years ago this week. Since then, the city has spent billions upgrading infrastructure and preparing for the next big hurricane.

But in the coming decades, the city could see this kind of flooding on a routine basis. According to a new study out Monday, sea-level rise could lead to Sandy-like flood events every five years starting around mid-century.

The study, written by some of the world’s most renowned experts on hurricanes and Antarctica’s melting ice sheet, provides fresh evidence that sea-level rise will dominate New York City’s future, overwhelming any effect from the changing frequency or intensity of storms.

There’s no doubt that rising seas are already boosting big coastal floods, a threat that’s poised to get worse. Because of enormous glaciers melting in Antarctica and Greenland, sea-level rise is already locked in for centuries, and can only be avoided by rapid climate action. Failing that, New York City, founded nearly 400 years ago, probably has fewer than 400 years left.

Eric Holthaus
It’s 2017 and someone wants to reopen a coal mine 30 miles from Seattle.
Indigenous-led, anti-fossil fuel protests are shutting down banks in cities across the globe.