Indigenous-led, anti-fossil fuel protests are shutting down banks in cities across the globe. - Grist 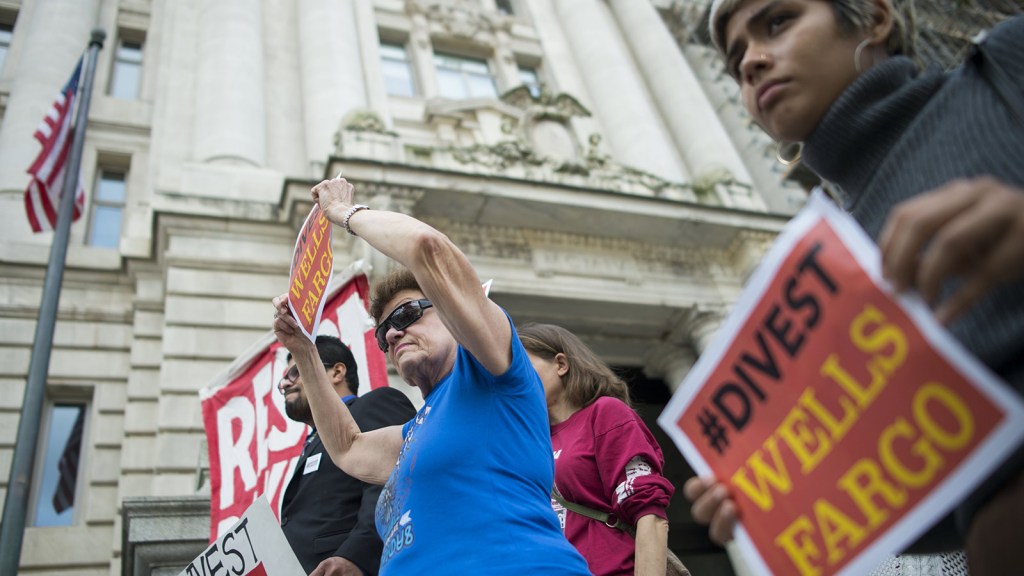 Indigenous-led, anti-fossil fuel protests are shutting down banks in cities across the globe.

The demonstrations call on households, cities, and institutions to withdraw money from banks financing projects that activists say violate human rights — such as the Dakota Access Pipeline and efforts to extract oil from tar sands in Alberta, Canada.

The divestment campaign Mazaska Talks, which is using the hashtag #DivestTheGlobe, began with protests across the United States on Monday and continues with actions in Africa, Asia, and Europe on Tuesday and Wednesday. Seven people were arrested in Seattle yesterday, where activists briefly shut down a Bank of America, Chase, and Wells Fargo.

The demonstrations coincide with a meeting in São Paulo, Brazil, involving a group of financial institutions that have established a framework for assessing the environmental and social risks of development projects. Organizers allege the banks have failed to uphold indigenous peoples’ right to “free, prior, and informed consent” to projects developed on their land.

“We want the global financial community to realize that investing in projects that harm us is really investing in death, genocide, racism, and does have a direct effect on not only us on the front lines but every person on this planet,” Joye Braun, an Indigenous Environmental Network community organizer, said in a statement.