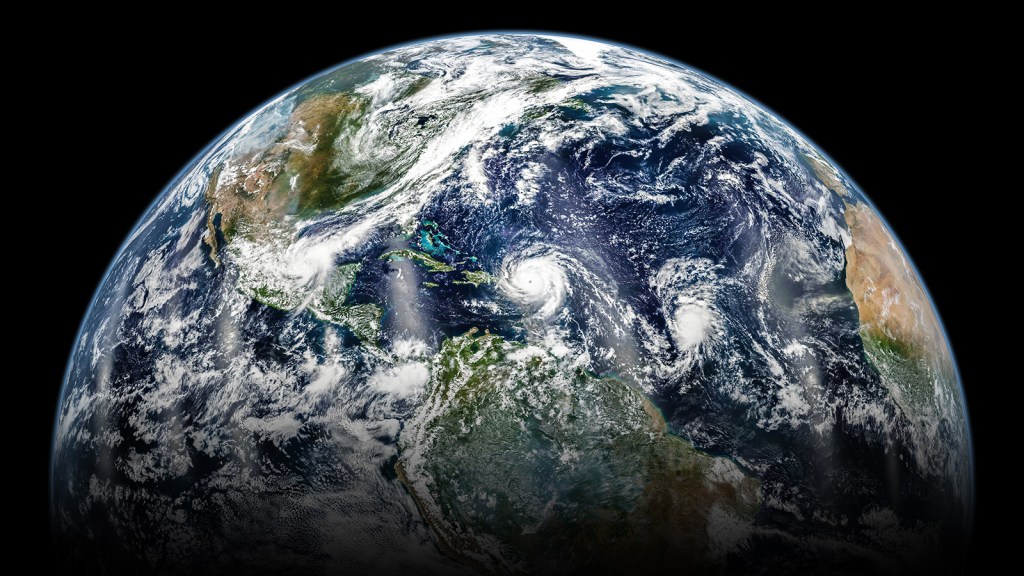 The three storms collectively represent the most hurricane activity in the Atlantic Ocean, in terms of strength and size, in recorded history. That’s just one of many milestones.

As National Hurricane Center scientist Eric Blake pointed out, the three hurricanes are all threatening land at the same time. Again, that’s never happened before.

Florida is bracing for monster storm Irma, which is expected to bring devastating winds and storm surges to the state on Saturday. And Jose just strengthened into a Category 4 storm on Saturday, marking the first time the Atlantic has seen two hurricanes this intense at once.

And though Jose hasn’t broken as many records as Irma, it’s forecast to hit some of the same Caribbean islands that Irma battered just a few days ago: Antigua, Barbuda and Anguilla, St. Martin, and St. Barthélemy.

Hurricane Katia is also heading toward a place just ravaged by disaster. An 8.1-magnitude earthquake, one of the strongest in Mexico’s history, shook the country’s western coast on Thursday night. The quake caused at least 32 deaths, toppled buildings, and cut power for more than 1.8 million. Now, the country braces for Katia, expected to hit Mexico’s Gulf coast on Saturday as a Category 3 storm and bring life-threatening floods.

It’s almost as if something is going on with the climate.

Kate Yoder
Here’s why Irma is a monster hurricane, in one GIF.
Western wildfires could still be burning by Halloween.