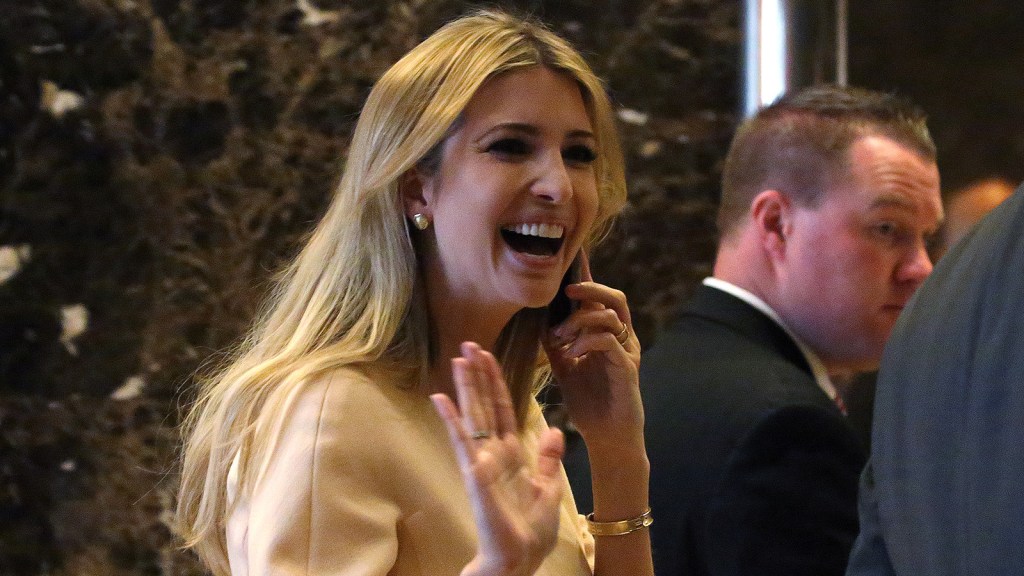 For months — years, even — anyone watching Donald Trump has turned an eye to his oldest daughter, Ivanka (who is more often than not by his side), and asked, in resounding chorus: “Girl, what are you doing?” (Presenting exhibits A, B, and C.)

Now she has reportedly been preparing to make climate change one of her signature issues, according to a report from Politico (citing a single anonymous source, of course). That would distinguish the Trump heiress from her climate hoax-crying father and pretty much everyone else the president-elect has selected for his inner circle.

Artists, media outlets, and even Michael Moore have all publicly pleaded with Ivanka to be the voice of reason in her father’s administration — including on the matter of climate change. And she and her siblings did sign a full-page New York Times ad back in 2009 (which Grist dug up during the campaign) urging the U.S. government to take urgent climate action. Then again, so did her dad.

No word yet on the role that Tiffany “The Other One” Trump will play in her father’s administration.

The story has been updated because the joke in the original headline didn’t land well on social media. It was facetious, folks, we promise.

Eve Andrews
Appalachia, who? The red heart of America is smoldering.
This is your brain on climate change.