Is Trump's EPA pick or State nominee the riper target for Democrats? - Grist 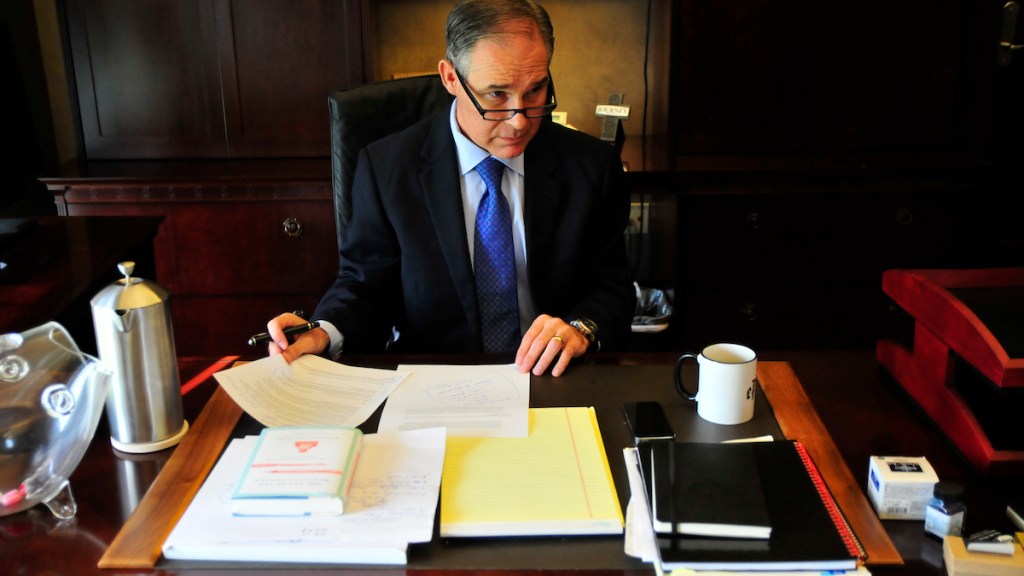 Is Trump’s EPA pick or State nominee the riper target for Democrats?

Possibly, the answer is both.

Trump is assembling a cabinet that’s literally made of the fossil fuel industry, and Exxon CEO Rex Tillerson is an obvious choice for Democrats to go after. On the other hand, there’s a climate denier who’s going to lead the agency that is responsible for the bulk of federal climate initiatives. That’s Oklahoma Attorney General Scott Pruitt.

“I don’t recall ever having seen an appointment of someone who is so disdainful of the agency and the science behind what the agency does,” Bush-era EPA chief and ex-New Jersey Gov. Christine Todd Whitman said of Pruitt in an interview with Grist.

Ari Fleischer, who was press secretary for George W. Bush, isn’t a liberal whisperer, but his two cents is that Pruitt is the more fruitful target. “If I were the Democrats, I’d concentrate all the fire on one nominee — nothing will rally the base more than a fight over the environment and that likely means the EPA,” Fleischer told Politico.

A handful of climate advocates in the Senate are laying the groundwork to make Pruitt’s confirmation “a referendum on whether Republicans believe humans are causing global warming,” reports Elana Schor.