It looks like Scott Pruitt has a damn email problem, too. - Grist 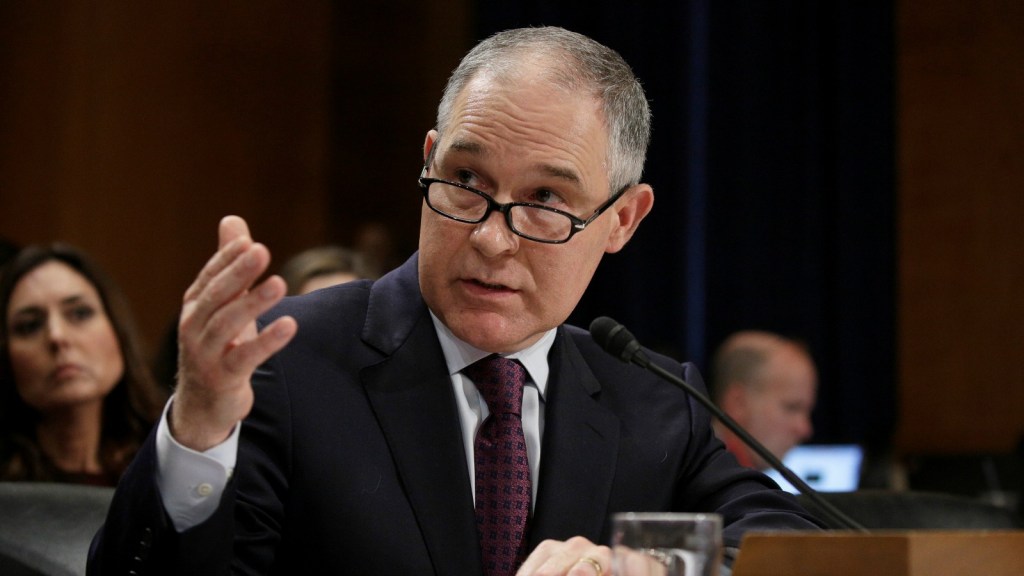 It looks like Scott Pruitt has a damn email problem, too.

Comments made by the new EPA administrator before his confirmation hearing are under the microscope after reports revealed that work emails from his time as Oklahoma’s attorney general were copied to his personal account.

Back in January, Sen. Cory Booker (D-N.J.) wrote Pruitt to ask if he had ever conducted state business using a private email account.

“I use only my official OAG [office of the attorney general] email address and government-issued phone to conduct official business,” Pruitt responded.

Yet a batch of emails, released days after his confirmation as a result of a lawsuit, show official emails copied to Pruitt’s personal account from the American Fuel & Petrochemical Manufacturers, members of his staff, and other corporate groups.

Pruitt was confirmed in February by a vote of 52-46 before his emails were released to the public. Emails released to IndyStar yesterday show that Vice President Mike Pence used a private AOL email account to conduct official business, and it was hacked. And Attorney General Jeff Sessions is also facing allegations for misleading Congress about his communications with Russia during the 2016 campaign.

The Dirty Deplorables are having one heck of a week.

Cody Permenter
Spring just keeps getting earlier. Guess what’s behind it?
Big oil just got a pass on methane reporting.