It's 2016, and we're arguing about the constitutional validity of Roe v. Wade. - Grist

It’s 2016, and we’re arguing about the constitutional validity of Roe v. Wade.

In case you were wondering how the presidential candidates were feeling about a woman’s constitutional right to control her reproductive fate at this stage of the longest, most hellish election season we’ve ever known: 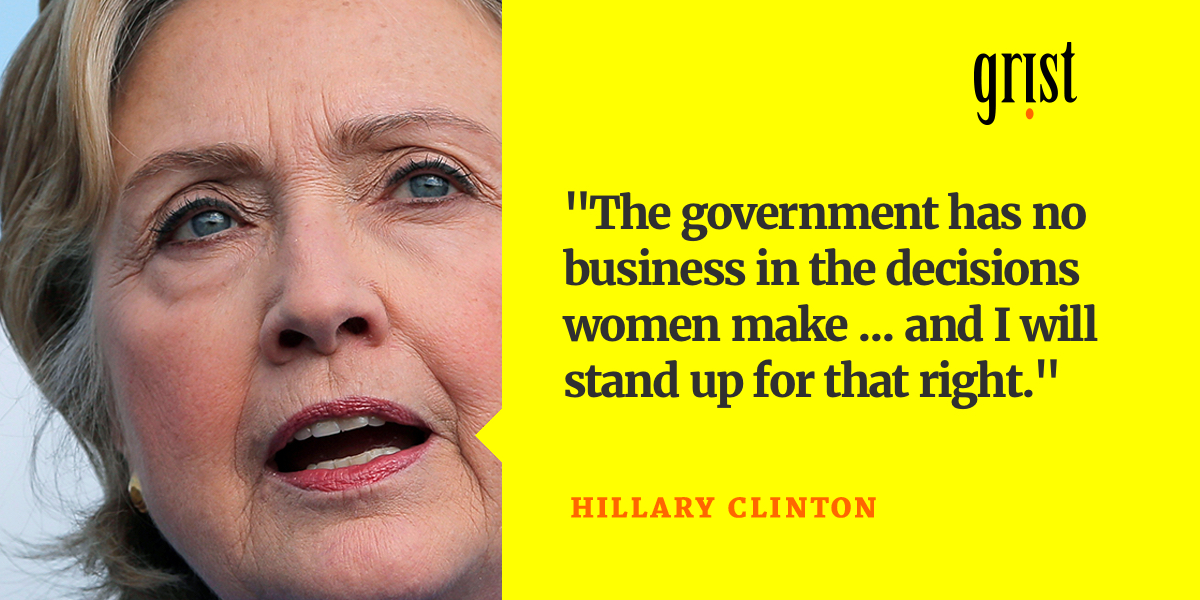 In response to the question of whether to overturn Roe v. Wade:

Eve Andrews
Want to rent a bike? If you’re in the wrong neighborhood, forget it.
An alternative timeline of what the Clinton-Trump debates could have been.