It's Election Day! Time to wait in some really long lines. - Grist 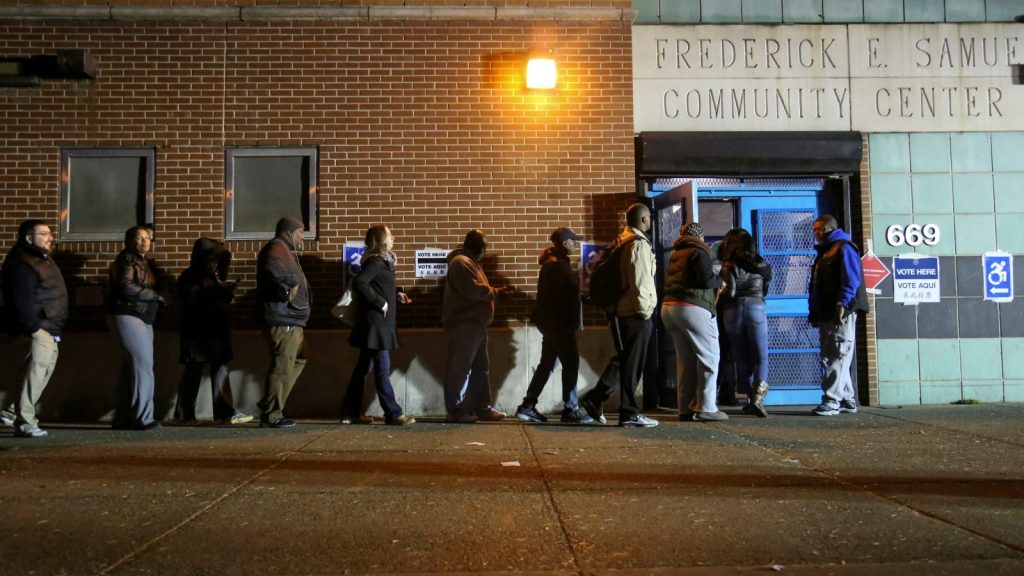 Today Americans will cast their ballots — except, of course, for those who can’t due to the disenfranchisement of former felons, state-sanctioned voter restrictions aimed at people of color, and all those damn lines.

While discouraged by unnecessarily long lines due to voter suppression, we are GREATLY encouraged by our voter determination!@NAACP pic.twitter.com/OZLY0aYey1

In 2012, more than 5 million voters had to wait at least an hour to vote. And waits were longer in communities of color because of fewer voting places, machines, poll workers, or all three, the Brennan Center for Justice reported.

There is nothing inspring about pictures of long lines for people to vote. It's actually an indicator of municipal failure

In Phoenix, a majority non-white city, the number of polling places was cut by 70 percent this year, and other parts of Arizona have lost polling places too. Reports of long lines there and around the country are pouring in via social media.

There’s an easy solution to this problem: voting by mail.

Voters in Colorado, Oregon, and Washington will not have to brave long lines because they can simply pop their ballots into a mailbox or designated drop-off box. Not only does this save citizens time and states millions of dollars, as David Roberts points out on Vox, but it’s also more secure. Oh, and it’s better for the environment if no one has to drive to a polling place.

The only downside to voting by mail is that you don’t get those cute stickers. But you can still take photos at the drop-off. It’s worth it.

So excited to be dropping off my ballot today *WITH* my son's ballot as well. His first election as an 18yo. He voted for a woman for president for his first time as a voter. That's pretty amazing. He also voted for Brady Piñero Walkinshaw. #ImWithHer #HesWithHer #🇺🇸

Katie Herzog
Are “I Voted” stickers bad for the planet?
The last five years were — say it with me — the hottest five years on record.