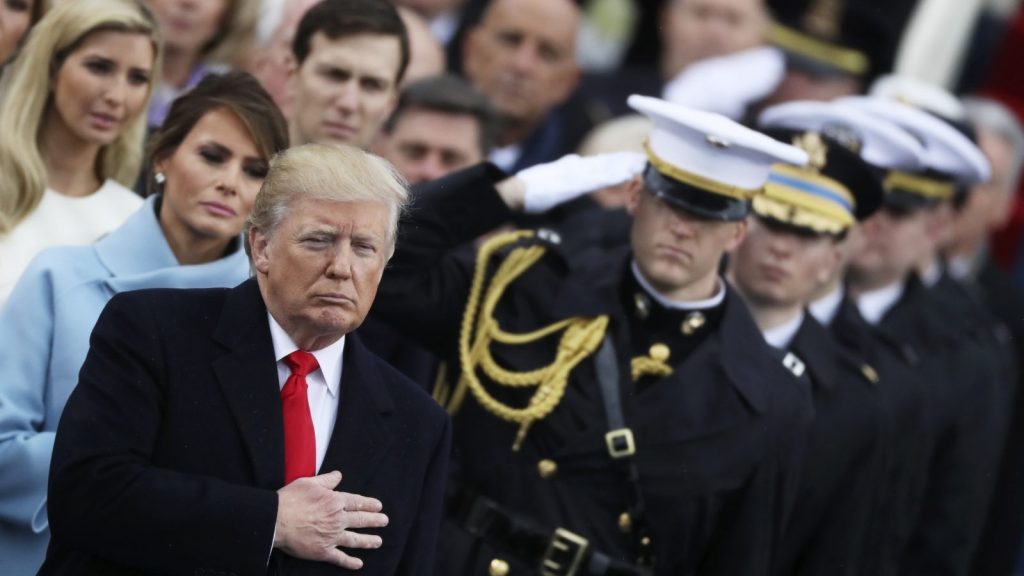 Before the inauguration was even over, the Trump administration was already purging whitehouse.gov, as Climate Central’s Brian Kahn discovered:

Instead, we have An America First Energy Plan, which only refers to climate change in the context of rolling back the “burdensome regulations on our energy industry”:

President Trump is committed to eliminating harmful and unnecessary policies such as the Climate Action Plan and the Waters of the U.S. rule. Lifting these restrictions will greatly help American workers, increasing wages by more than $30 billion over the next 7 years.

Ignoring climate change is projected to cost $44 trillion by 2060 — but Trump isn’t worried about that.

Scientists have been scrambling to back up priceless government climate data and resources in the months and weeks leading up to the inauguration. Their fears turned concrete when news broke earlier this week that Trump’s EPA team was planning to remove climate change information from its .gov site.

Now, Trump promises to revive the coal industry (he can’t), extract oil and natural gas from public lands, and stop the EPA from protecting us from — let alone mentioning — the ongoing disaster that even the Pentagon recognizes as one of the gravest threats facing humankind.

We can’t wait to see what disappears next.