It’s official: Oil is making its way through the Dakota Access Pipeline. - Grist 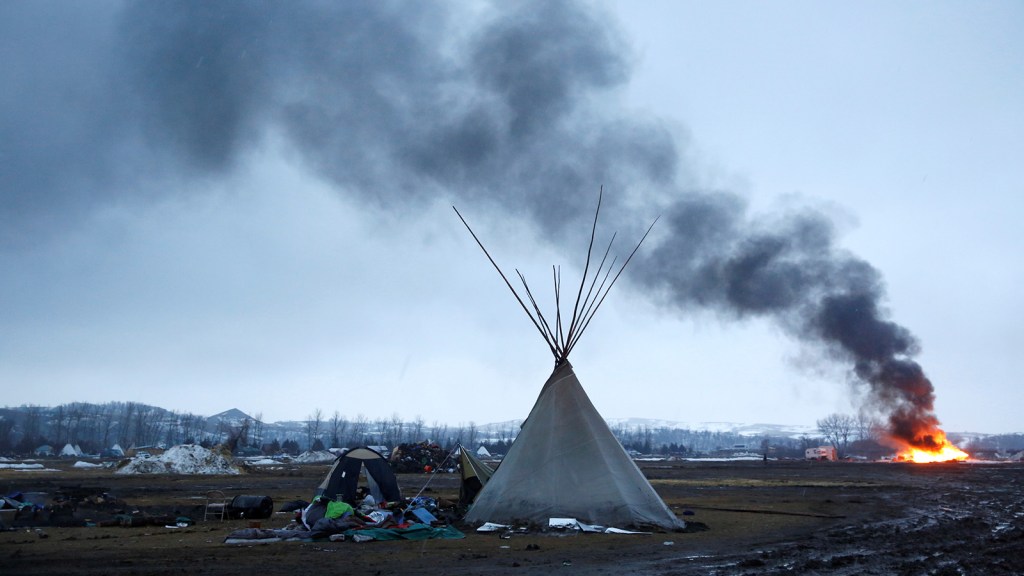 It’s official: Oil is making its way through the Dakota Access Pipeline.

Energy Transfer Partners, the company that built the pipeline, reported on Monday that oil is now under Lake Oahe in North Dakota. The surrounding area, which includes burial sites and drinking water sources, is sacred to the Standing Rock and Cheyenne River Sioux tribes. The company is prepping the full pipeline to go online.

On March 18, a judge denied yet another request from tribes to halt use of the pipeline. That ruling cleared the way for Energy Transfer Partners to pump in crude oil once construction was finished. Soon after the ruling, there were acts of vandalism and “coordinated physical attacks” on the pipeline, like burn damage in Iowa and South Dakota, the company said.

The Sioux have filed several legal challenges to the pipeline, but the main case may not see resolution until May. Numerous tribes have charged that the pipeline violates environmental, treaty, and cultural rights. If a legal challenge is successful, the $3.8 billion project could be taken offline.

“My people are here today because we have survived in the face of the worst kind of challenges,” said Cheyenne River Sioux Tribal Chair Harold Frazier. “The fact that oil is flowing under our life-giving waters is a blow, but it hasn’t broken us.”

Emma Foehringer Merchant
Meet the fixer: This innovator is stitching together a clothing movement.
Trump just took a sledgehammer to Obama’s climate legacy.