It’s official: The city of Seattle is divesting from Wells Fargo. - Grist 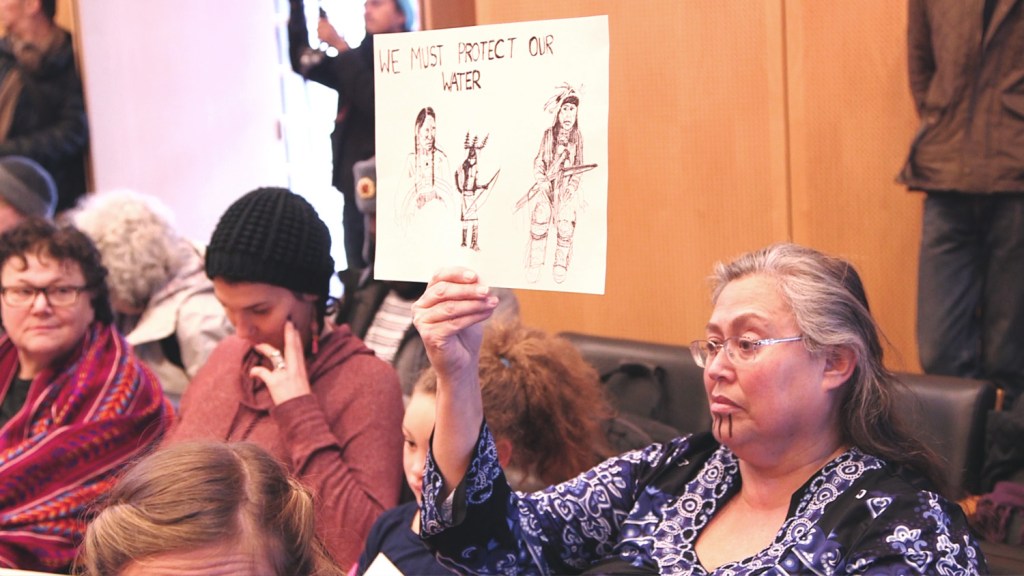 It’s official: The city of Seattle is divesting from Wells Fargo.

The Seattle City Council voted unanimously Tuesday to withdraw $3 billion from the bank, in part because it is funding the Dakota Access Pipeline, and the city’s mayor said he would sign the measure.

The vote delivered a win for pipeline foes, albeit on a bleak day for the #NoDAPL movement. Earlier in the day, the U.S. Army Corps of Engineers announced that it will allow construction of the pipeline’s final leg and forgo an environmental impact statement.

Before the vote, many Native speakers took the floor in support of divestment, including members of the Standing Rock Sioux Tribe, Tsimshian First Nation, and Muckleshoot Indian Tribe.

Seattle will withdraw its $3 billion when the city’s current contract with Wells Fargo expires in 2018. Meanwhile, council members will seek out a more socially responsible bank. Unfortunately, the pickings are somewhat slim, as Bank of America, Chase, CitiBank, ING, and a dozen other banks have all invested in the pipeline.

While $3 billion is just a small sliver of Wells Fargo’s annual deposit collection of $1.3 trillion, the council hopes its vote will send a message to other banks. Activism like this has worked before — in November, Norway’s largest bank sold all of its assets connected to Dakota Access. With any luck, more will follow.

Sabrina Imbler
The Dakota Access Pipeline just got its final green light.
Big-name Republicans are taking a carbon-tax plan to the White House.