Jeff Sessions has deep ties to a big electric utility, and that could create major conflicts of interest. - Grist 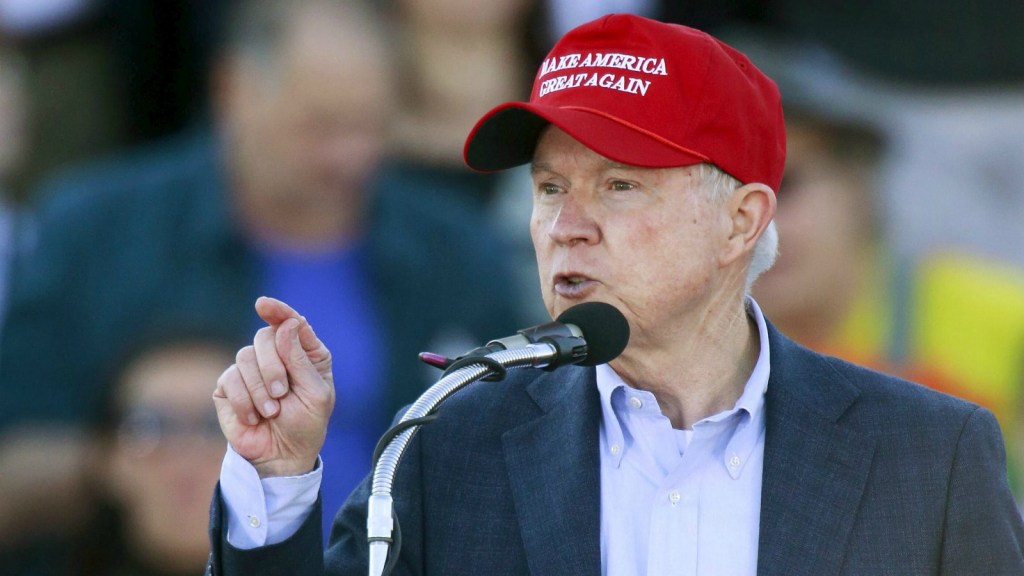 Jeff Sessions has deep ties to a big electric utility, and that could create major conflicts of interest.

Confirmation hearings began Tuesday for Sessions, the president-elect’s pick for attorney general. In addition to asking questions about the Alabama senator’s racist, homophobic, anti-woman, and anti-immigrant positions, Democrats might want to probe Sessions’ connections to Southern Co., one of the largest electric utilities in the U.S.

The company, worth $47.8 billion, is the senator’s single largest corporate campaign donor, Bloomberg reports; Southern’s PACs and employees have funneled nearly $175,000 to his political campaigns since 1997. If Sessions is confirmed as the nation’s chief law enforcement officer, he would be in a position to do favors for the company. Southern would be seriously affected by the Clean Power Plan, which regulates carbon emissions from electric utilities. And a power plant Southern is building in Kemper, Mississippi, is being investigated by the U.S. Securities and Exchange Commission.

Sessions has also received campaign contributions from ExxonMobil, which has been accused of hiding its knowledge of climate change from shareholders and the public. There have been calls for the Justice Department to investigate Exxon’s actions, but they wouldn’t get anywhere under Sessions, who last year came out loudly against any such investigations.

As Jamie Henn at 350.org said, “There’s never been such a strident advocate for the fossil fuel industry nominated for the role of attorney general.”

Katie Herzog
ExxonMobil could reap as much as $1 trillion under Trump, report says.
Canada knows climate change will hit us where it hurts — pizza and man caves.