John Kerry spent Election Day in Antarctica, just like you wish you had. - Grist 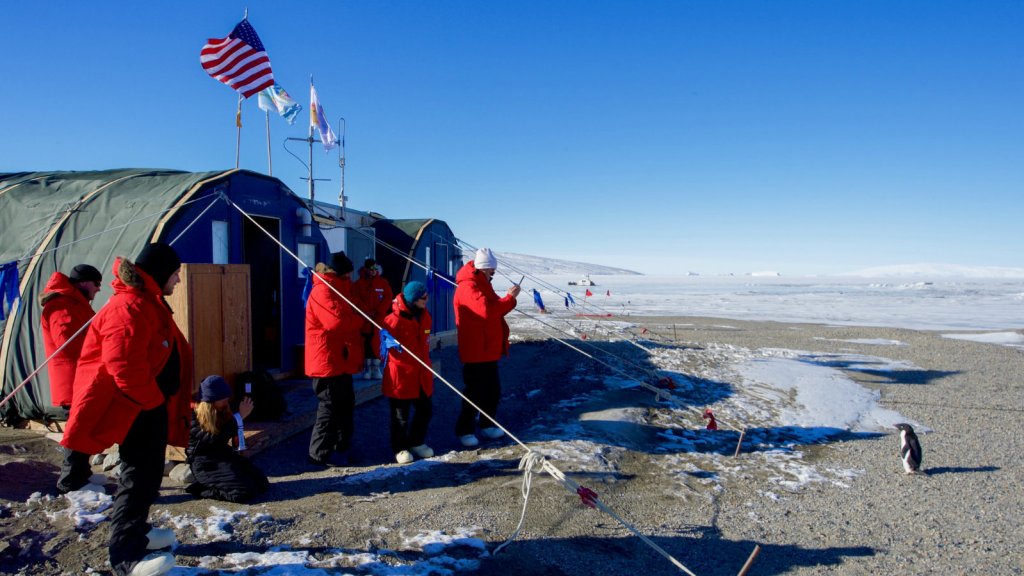 John Kerry spent Election Day in Antarctica, just like you wish you had.

It may be melting, but at least the southern continent has no electoral college.

On Election Day, the Secretary of State was headed out of town — way out. Kerry became the highest-ranking U.S. official ever to visit Antarctica, the Washington Post reported, where he met with scientists and befriended at least one penguin. It was all part of a plan to bring tidings of melting glaciers and rising seas to the international climate talks in Marrakesh this week.

Instead, the rest of the world had some tidings for him. (Trust, it takes a lot to upstage the disaster that is the ongoing collapse of the West Antarctic glaciers.)

The timing of Kerry’s trip was a coincidence, but Trump’s election will have some pretty big effects on American science — and they’ll ripple all the way to Antarctica. Some scientists laid out their concerns in Nature, including Trump’s total disavowal of the existence of climate change and the effect his harsh stance on immigration could have on international cooperation and research.

All told, he’s poised to be perhaps our first truly anti-science president, says the executive editor of Scientific American.

Amelia Urry
Countries announced a new global partnership to deliver on their Paris Agreement goals.
China urges Trump not to back out of climate deal.