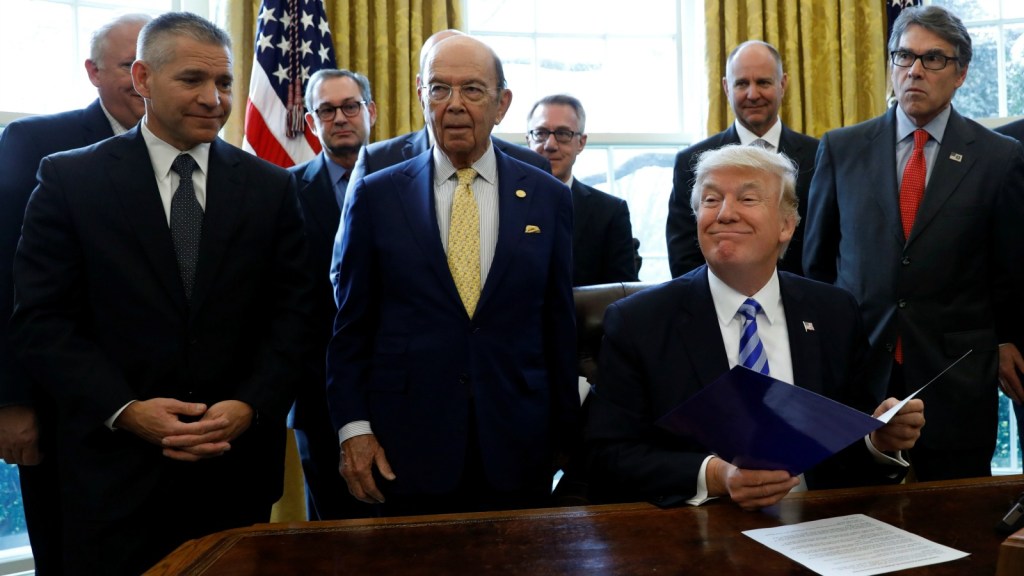 As expected, President Donald Trump signed a permit for the pipeline’s construction on Friday, though a few roadblocks remain in its path.

The State Department estimates the Keystone XL would provide 42,000 direct and indirect jobs — a number that might be inflated — and only 3,900 of those would be full-time construction positions. The thing is, they’re nearly all temporary, lasting long enough to get Keystone XL built. Once operational, the pipeline would employ just 35 people, according to the estimate.

Those numbers fall a bit short of what a certain reality TV star predicted in 2013:

Will the Keystone XL pipeline finally be approved? Will create over 100,000 jobs and make us more energy independent.

Keystone XL would carry dirty tar sands oil from Canada to the United States, running over the Ogallala Aquifer and close to more than a dozen tribal lands. That puts a lot of drinking water at risk. As pipelines age, they typically aren’t properly maintained (after all, only 35 permanent employees are doing the work). Sooner or later, they’re sure to leak.

“It’s going to be an incredible pipeline,” Trump said on Friday morning. “Greatest technology known to man or woman. And frankly, we’re very proud of it.”

Kate Yoder
A fun fact you didn’t know: Koalas don’t drink water, but now they have to.
Meet the fixer: This CEO provides clean energy for any budget.