L.A.'s promise to join the Paris Agreement is a wee bit presumptuous. - Grist

living on the pledge 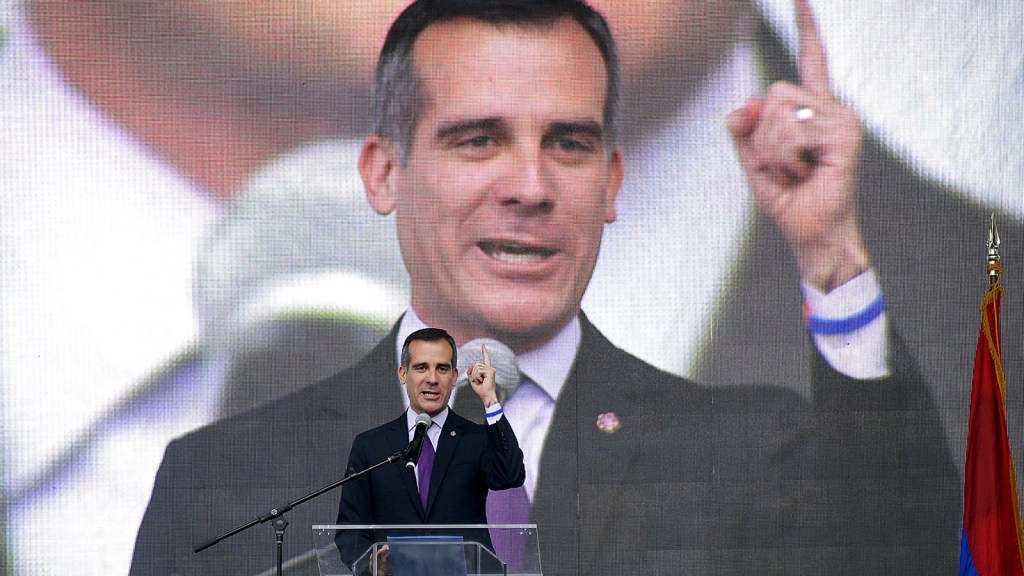 L.A.’s promise to join the Paris Agreement is a wee bit presumptuous.

This week, Los Angeles Mayor Eric Garcetti tweeted that if the United States dropped from the deal, the city would sign on.

Just one problem, Garcetti: That’s not really a thing.

The legal infrastructure of the Paris Agreement doesn’t technically allow for cities to join, although cities and businesses have made big commitments to cut emissions alongside the agreement.

Political gimmicks aside, the mayor’s pledge shouldn’t come as much of a surprise. As Adam Rogers writes in Wired, Garcetti has mentioned joining Paris before.

California has actively framed itself as the head of the opposition to Trump’s takedown of progressive policies, and some in the state — like state Sen. Kevin De León, a Democrat — have also floated whether California could officially join the pact.

Even if it’s only symbolic, Garcetti’s tweet could hearten leaders around the world. Delegates in Bonn said they felt positively about progress on the agreement as they wrapped up talks this week — even as Trump’s decision on whether the U.S. will remain still looms.

Emma Foehringer Merchant
Apple doesn’t want you to be able to fix your own phone.
An oil well off Australia leaked for weeks last year. We just found out about it.