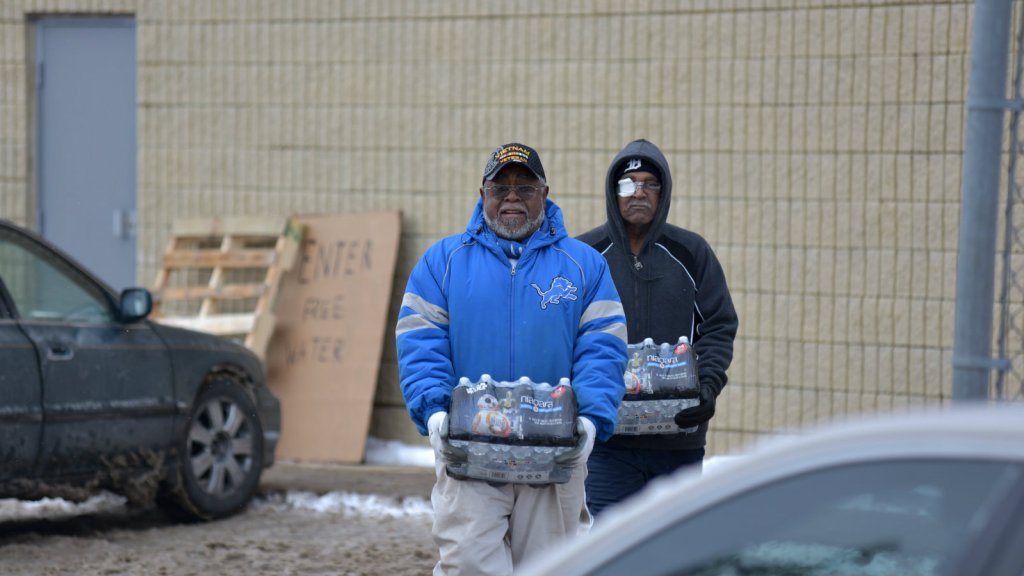 Lawmakers finally agreed on Flint aid, 363 days after residents were told to stop drinking their water.

This week, Congress has worked overtime on a bill to keep the government from shutting down on Friday. The debate over government funding came down to whether Congress would send aid to lead-poisoned Flint, Michigan.

Democrats, who wanted a guarantee of help for the city before lawmakers left for recess, demanded that Republicans give an “iron-clad commitment” to include money in a separate bill, the Water Resources Development Act.

And they got it. The House passed a version of that water bill Wednesday with $170 million for Flint included.

The $170 million will go to water infrastructure repairs, like replacing Flint’s lead pipes. Lawmakers also included over $1 billion for combatting the spread of Zika in the spending bill. Overcoming conservative protests, Planned Parenthood clinics in hard-hit Puerto Rico will get a chunk of the Zika money and $397 million will go to vaccine research.

Emma Foehringer Merchant
Weed might make you feel chill, but its impact on the climate is anything but.
Police in military gear arrest 21 people gathered near the Dakota Access site.