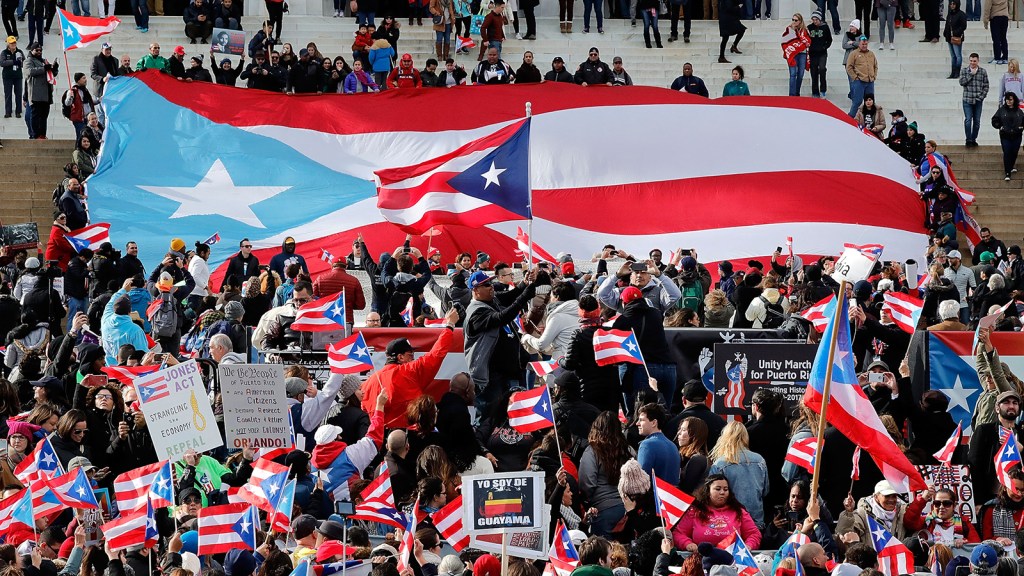 Organizers of Sunday’s rally outlined three calls to action for legislators: Eliminate the Jones Act, which slowed shipments of aid to the island by mandating they arrive only on U.S. vessels. Cancel the territory’s $73 billion debt. And rebuild the commonwealth with more sustainable infrastructure.

Proud that @Lin_Manuel is spending his Sunday standing w/ #PuertoRico …and having fun doing it! #Power4PuertoRico #unitymarchforpuertorico pic.twitter.com/Y24qr92qfd

Two months after Hurricane Maria made landfall, more than 1.5 million people do not have electricity, and many residents still struggle to find clean water, food, and medicine. Officials estimate that hundreds of Puerto Ricans are fleeing daily. More than 140,000 people have left since mid-September.

The wave of migration is already transforming Florida, where new transplants face a shortage of affordable housing and rising hotel rates as the state’s peak tourism season approaches. A migration expert from Florida International University who spoke to the New York Times characterized the influx of Puerto Ricans to the mainland as “a stampede.”

Justine Calma
Tesla’s going big — like, 18-wheeler big.
How to survive Thanksgiving in one piece.