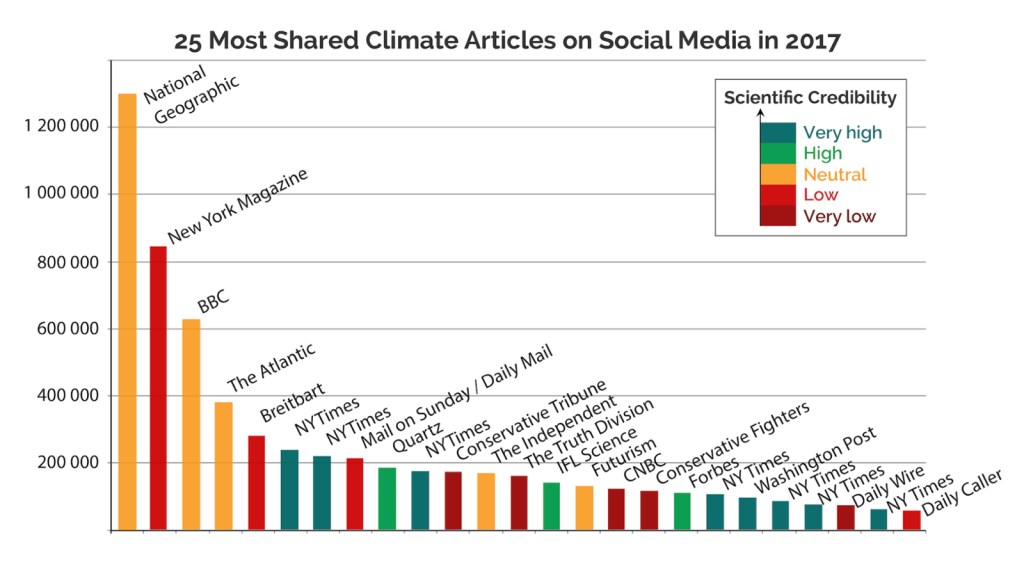 Some of these articles are sensationalized very nearly to the point of inaccuracy. Others are cases of “elaborate misinformation.”

A review from Climate Feedback, a group of scientists who survey climate change news to determine whether it’s scientifically sound, looked at the 25 most-shared stories last year that focused on the science of climate change or global warming.

Of those, only 11 were rated as credible, meaning they contained no major inaccuracies. Five were considered borderline inaccurate. The remaining nine, including New York Magazine’s viral “The Uninhabitable Earth,” were found to have low or very low credibility. However, even the top-rated articles were noted as somewhat misleading. (Read the reviews here.)

Vincent says that the New York Times and Washington Post are the two main sources that Climate Feedback has found “consistently publish information that is accurate and influential.” (He notes that Grist’s “Ice Apocalypse” by Eric Holthaus also made the credibility cut.)

“You need to find the line between being catchy and interesting without overstepping what the science can support,” he says.

Kate Yoder
Most members of the National Park Service Advisory Board got so frustrated they quit.
DIY internet is helping remote communities track local climate changes.