Meet the most pro-climate appointee Trump has made yet. - Grist 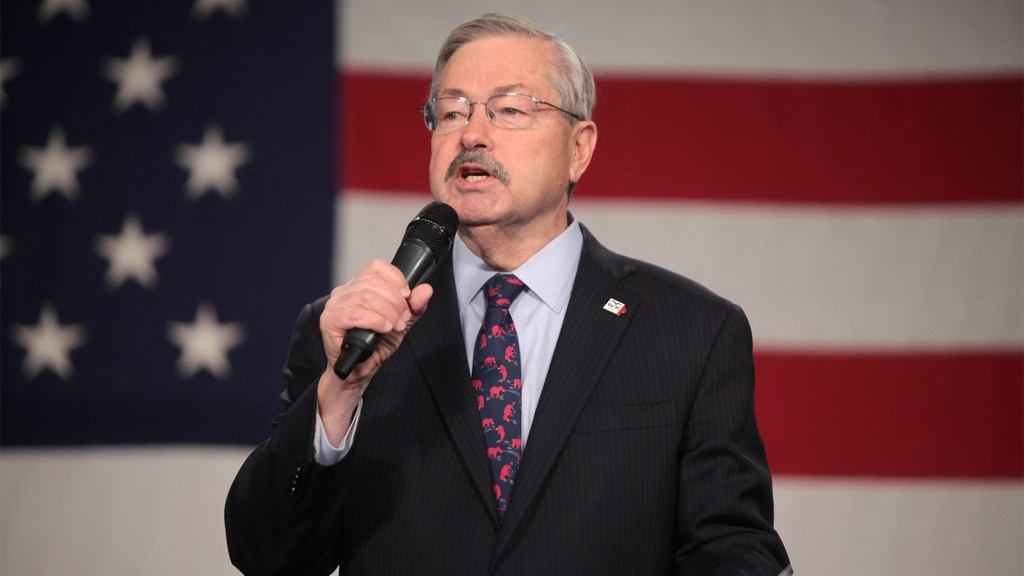 Meet the most pro-climate appointee Trump has made yet.

Iowa Gov. Terry Branstad, named to serve as ambassador to China, is in favor of wind energy and policies that promote it. Like, really in favor.

“Our leadership in green energy not only makes us a leader in renewables but also powers job growth,” the Republican said in his 2016 Condition of the State address in Iowa. “Every wind turbine you see while driving across our state means income for farmers, revenue for local governments, and jobs for Iowa families.” As governor of the No. 2 wind state, he’s also in favor of federal incentives for wind energy like the production tax credit.

Branstad may experience some whiplash as he represents an administration that is particularly antagonistic to wind energy to a country that has invested billions of dollars in wind and solar.

On climate change, Branstad is not a denier but he buys into his party’s reasoning for not acting. “We need to recognize this climate change issue is a global issue,” he said in 2011. That’s the excuse many Republicans use to argue that the U.S. shouldn’t clean up its act until developing economies like China and India do.

But if he doesn’t know it already, Branstad will soon learn that China is doing plenty to fight climate change right now.